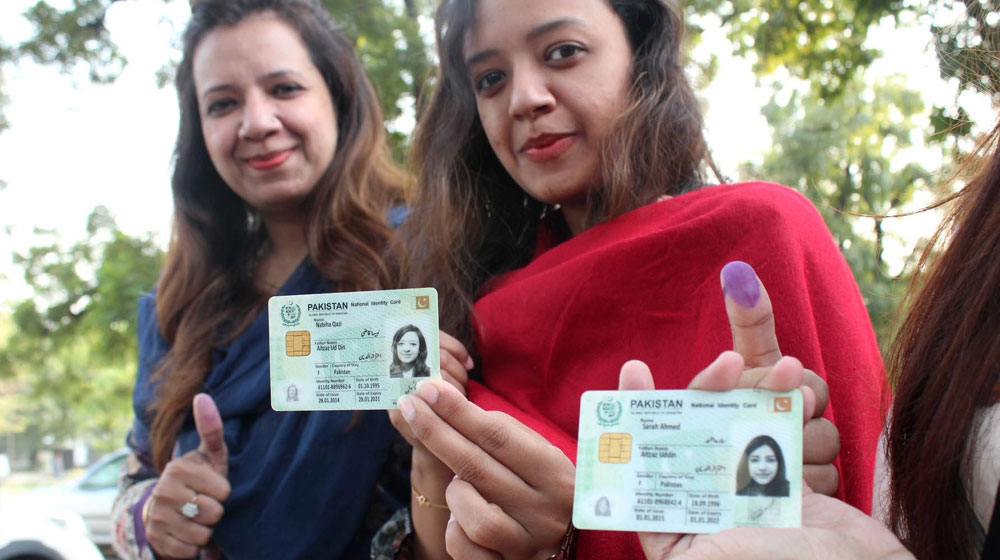 Over two and a half million women in Khyber Pakhtunkhwa (KP) are not official citizens of Pakistan, a recent report has revealed.

The Trust for Democratic Education and Accountability (TDEA), an Islamabad-based non-profit organization, has compiled a report revealing that more than 2.6 million women in KP do not have national identity cards.

The organization shared the report on Twitter saying that over two million KP women have no right to vote, join a political party or avail a government welfare scheme just because of this.

2.6 million women in #KhyberPakhtunkhwa don’t own #CNIC. Their ability to play a role in political, social & economic progress is restricted, and they are unable to take advantage of public social safety, education & health services.

Among them, 100,000 women are from Swabi, the native district of former KP Chief Minister Parvez Khattak, 70,000 from Abbottabad ad 90,000 belong to Bajaur, the report revealed.

Note that during the last general elections, the Election Commission of Pakistan (ECP) delayed the results in Shangla – a district in Malakand Division – due to low turnout of female voters. Re-Election was ordered to ensure at least 10% of female voters are polled.

It should also be mentioned here that before the 2018 general elections, a majority of women from KP and Balochistan refrained from taking part in the electoral process in the country.