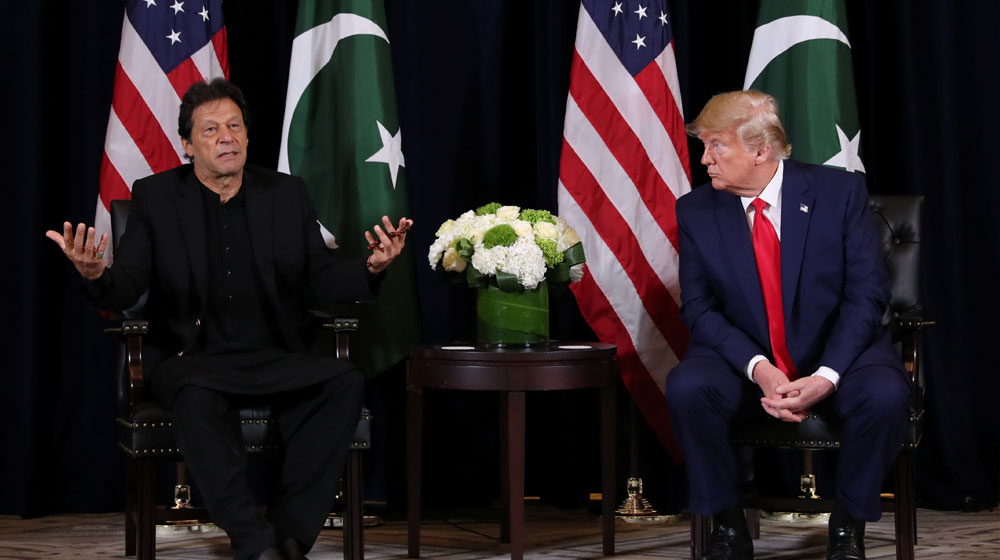 Prime Minister Imran Khan is on a week-long trip to the US where he is scheduled to address the United Nations’ General Assembly (UNGA) session on September 27.

Ahead of this session, PM Khan held a meeting with the US President Donald Trump in New York. The two discussed regional issues, including the Kashmir conflict and tensions between Iran and Saudi Arabia.

During the meeting, Khan successfully advocated Pakistan’s stance on Kashmir, which prompted President Trump to make another mediation offer on Kashmir.

Before this meeting, the two dignitaries jointly addressed a press conference where they talked about various important issues.

It was more of a Trump show as expected. Prime Minister Imran Khan chose his words carefully and spoke only when needed. His careful approach poured cold water on Indian aggression and helped Pakistan’s version of peace prevail. Here are the highlights of Khan-Trump presser.

Prime Minister Imran Khan spoke openly about Indian atrocities in occupied Kashmir and how it was a flashpoint between the two nuclear powers. Trump agreed and offered arbitration for the fourth time.

“If I can help, I will certainly do that,” the US President said. “If both (Pakistan and India) want, I am ready, willing, and able to do it.”

The US President reiterated that he has never failed as an arbitrator, and if the neighboring countries gave him a chance, he would prove that again.

Sitting next to Prime Minister Imran Khan, the US President declared Indian Prime Minister Narendra Modi’s remarks towards Pakistan as ‘aggressive’ and that he was unaware of that.

Modi had called Pakistan ‘a terrorist state’ while addressing a massive rally in Houston, Texas the previous day.

“I didn’t know that I was going to hear that statement, I have to say. I was sitting there, and I heard a very aggressive statement yesterday from India from the prime minister,” Trump told the media.

Answering a question related to US-Pakistan relationship, the US President said that he trusts Pakistan and Prime Minister Imran Khan.

“I trust Pakistan, but people before me didn’t, but they didn’t know what they were doing…  I trust this gentleman right here,” Trump said, pointing to Prime Minister Imran.

Responding to a query regarding the humanitarian crisis in Kashmir, PM Khan said that despite repeated offers from Mr. Trump, India has refused to initiate peace talks with Pakistan which he thought was the beginning of a crisis.

In this situation, I feel that this is the beginning of a crisis. I honestly think that the crisis is going to get much bigger [considering] what is happening in Kashmir.

Concluding his remarks at the presser, Prime Minister Imran Khan said that President Trump heads the most powerful country in the world which is responsible for peace regional peace.

“We look to the US to put out flames in the world,” he added.

The joint presser was followed by a one-on-one meeting of the two leaders. This was the first of the two sessions scheduled between PM Imran Khan and the US President during this visit. Khan will meet Trump again after his address in the UNGA.