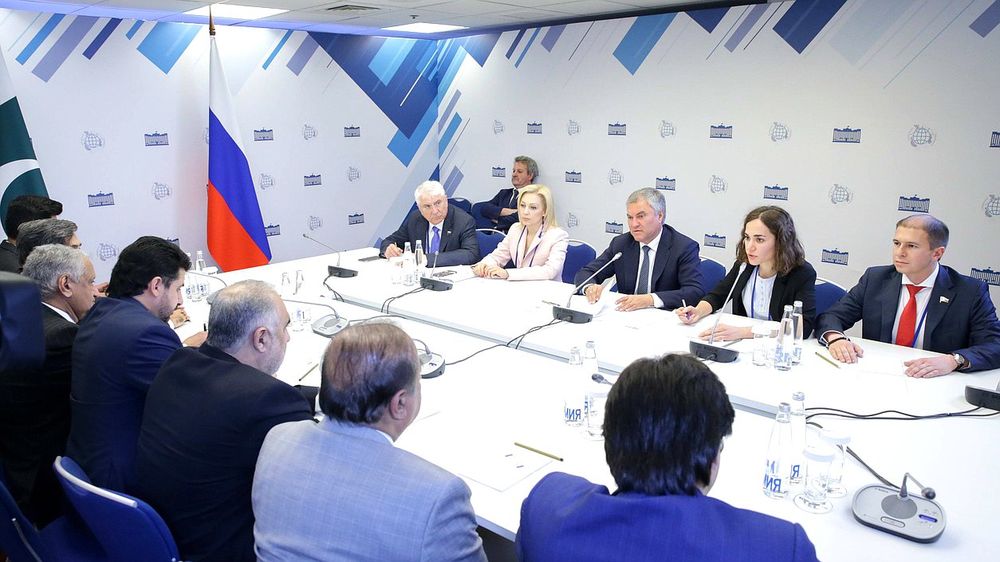 Ever since the Pulwama incident, India has been trying to isolate Pakistan on international forums, however, it has reaped no rewards as Pakistan has successfully highlighted the Kashmir issue on different forums.

India, on the other hand, is facing increasing pressure from the international community to ease the restrictions in the heavenly valley and settle the matter according to the United Nations Security Council resolutions. Russia has now indirectly supported Pakistan’s stance on Indian atrocities in Kashmir.

Russia and Pakistan have agreed to exclude India from the Parliamentary Forum on Countering Terrorism and Strengthening Connectivity.

This decision was taken during the meeting of Speaker National Assembly, Asad Qaiser and Speaker of Russian State Duma, Volodin Viacheslav Victrovich, which took place on the sidelines of the 4th Meeting of the Speakers of Eurasian Countries Parliaments in Nur Sultan, Kazakhstan.

This decision was taken in the wake of the worsening situation in the Indian Occupied Kashmir (IOK)and India’s non-responsive attitude towards the international community to address that situation.

Asad Qaiser also met with the representative speakers from Turkey and Saudi Arabia and apprised them of the brutal human rights violations in Kashmir. They expressed their concerns on the worsening situation and assured him of their full support on the matter.