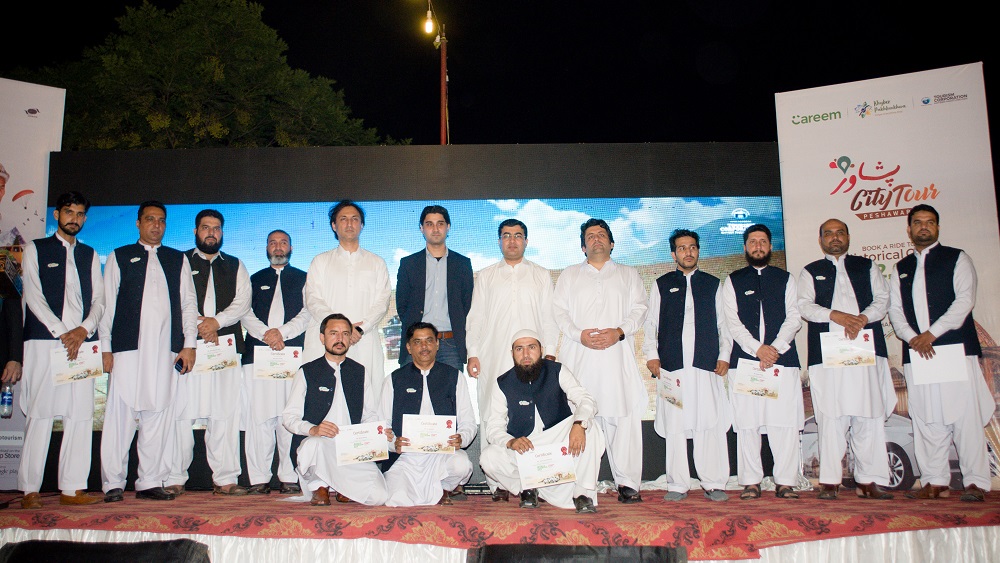 On the eve of World Tourism Day, Tourism Corporation Khyber Pakhtunkhwa (TCKP) and Careem announced the launch of an affordable way for tourists to visit local attractions in the lone living city of Gandhara civilization – Peshawar on Friday.

The launch event was held at Nishtar Hall on the theme of “Tourism and Jobs – A Better Future for All”.

In partnership with TCKP, Careem will be giving city tours in Peshawar through licensed tour guides certified by the Directorate of Tourist Services (DTS).

Customers will be able to book city tours through the Careem app, which can accommodate up to four family and friends around the city for three hours, visiting attractions such as Qissa Khawani, Balahisar Fort, Gor Khatri, Ghanta Ghar, Sethi House, Masjid-e-Mahabat Khan, Peshawar Museum and others for PKR 2000.

In addition, customers will be able to avail a 15% discount to visit major tourist attractions and will also get a 20% discount on all intercity rides on World Tourism Day.

To implement this year’s World Tourism Day theme in letter and spirit, I really appreciate the TCKP and Careem for joining hands to facilitate tourists and visitors in a number of cities, including Peshawar, Mardan, Mansehra and Abbottabad and other cities, to promote tourism in the province.

He said that with the launch of affordable and comfortable tours by Careem, tourists will now visit the historic places in Peshawar and elsewhere in the KP in larger numbers.

Junaid Khan, Managing Director TCKP said that various projects are being executed to introduce KP as a tourism center to the world.

Adventure and religious tourist activities are being organized in every nook and corner of the province besides cultural festivals and sports events that lure a great number of foreign and domestic tourists.

We believe this partnership will help unlock the income generation potential of KP through tourism and help create a plethora of jobs for the province. Careem has always been a strong proponent of partnering with smart thinking governments to simplify and improve people’s lives.

The TCKP has also made a documentary series of historic sites in Peshawar besides highlighting various cultural aspects of the province such as food and sport, with other districts also creating documentaries along the same lines.

Tourism can act as a key driver for socio-economic progress and building a soft image of the province and its people. The Tourism Department and its affiliated wings are partnering with companies like Careem to provide digital solutions that can help facilitate tourists.

New integrated tourism zones are being established, with over 20 spots that will be converted to tourist zones in the province.

These tourist zones will be extended to the newly merged tribal districts to generate livelihood opportunities and establish a healthy atmosphere after decades of insurgency.

All kinds of facilities will be available in the tourist zones, including international standard hotels, green belts, sports grounds, jeep tracks, and other facilities.