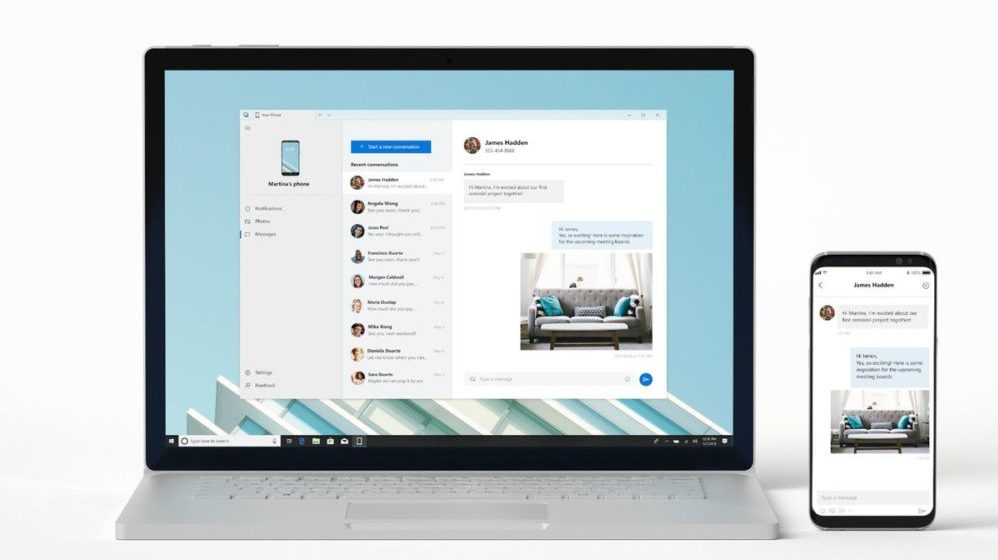 Another step towards a seamless OS.

If you’ve used WhatsApp Web before, you’ll know exactly what Microsoft is doing here. The latest preview for Windows 10 is getting an update which will let you take phone calls directly from your PC/laptop through the My Phone app.

Previously, the application only allowed users to send and receive text messages on their personal computers. However, with the latest preview build 18999 for insiders the company has announced support for making and taking calls on Windows 10 devices.

The feature has been rolled out for insiders but will be soon available globally for other users as well. In order to use the feature, there are a few technical requirements the users will need to meet. These are:

According to Microsoft’s blog, the new feature will allow users to answer incoming calls on their PCs, initiate calls, decline incoming calls and send a text in return, access their call log and seamlessly transfer phone calls between their PC and mobile phone.

If you are an insider and want to try the new feature, be ready for some glitches since this is a pre-release version and Microsoft itself has warned users that, “older versions of some anti-cheat game software can produce crashes on this Windows build”.