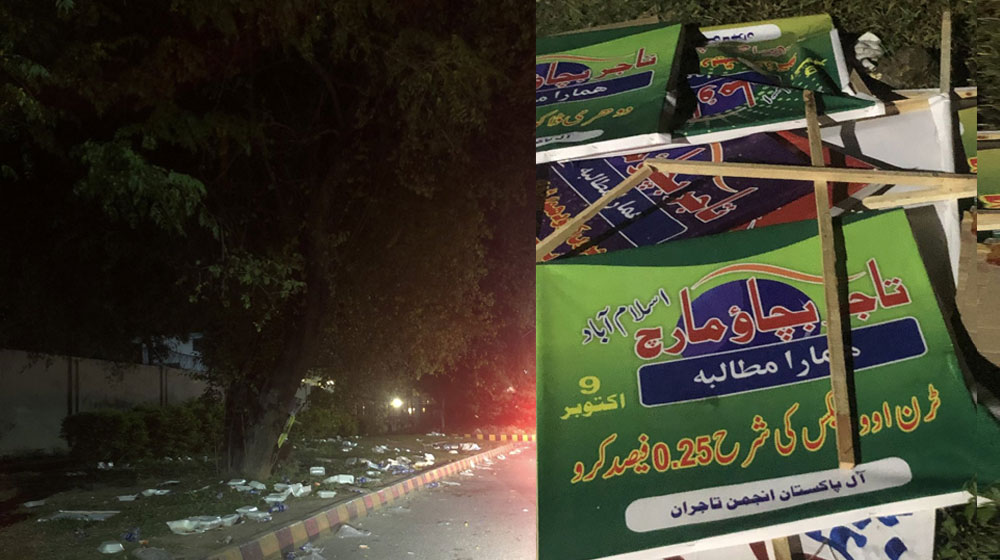 All Pakistan Traders Association (APTA) staged a protest against the government policies in Islamabad recently.

The day-long protest was directed at pressurizing the government to review its tax-related policies, because according to traders, paying a 2 percent sales tax is too much for them.

The streets across the red-zone remained rife with the anti-government chants in the day, and when the dust finally settled at dusk, the roads were filled with trash.

Here are some scenes from the Islamabad Serena Hotel chowk at midnight following the protest. 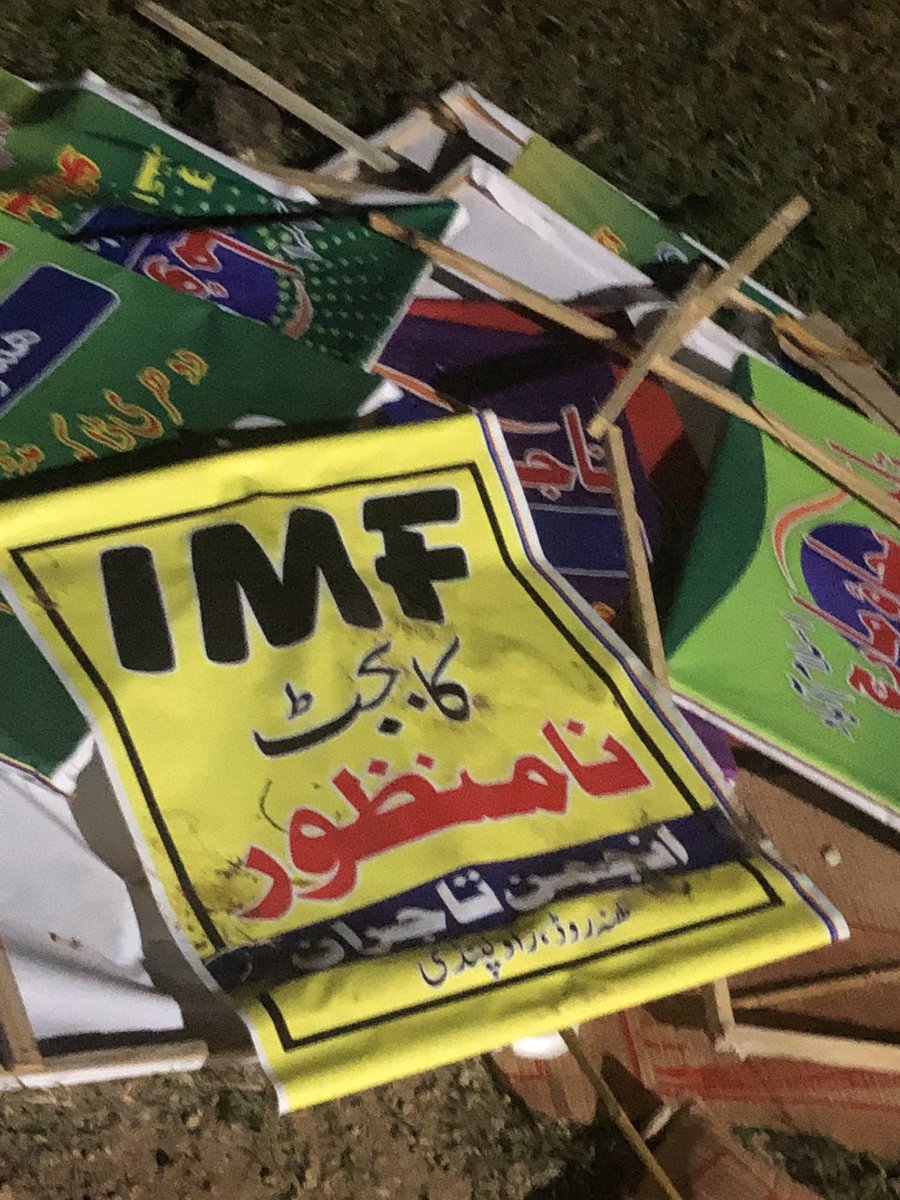 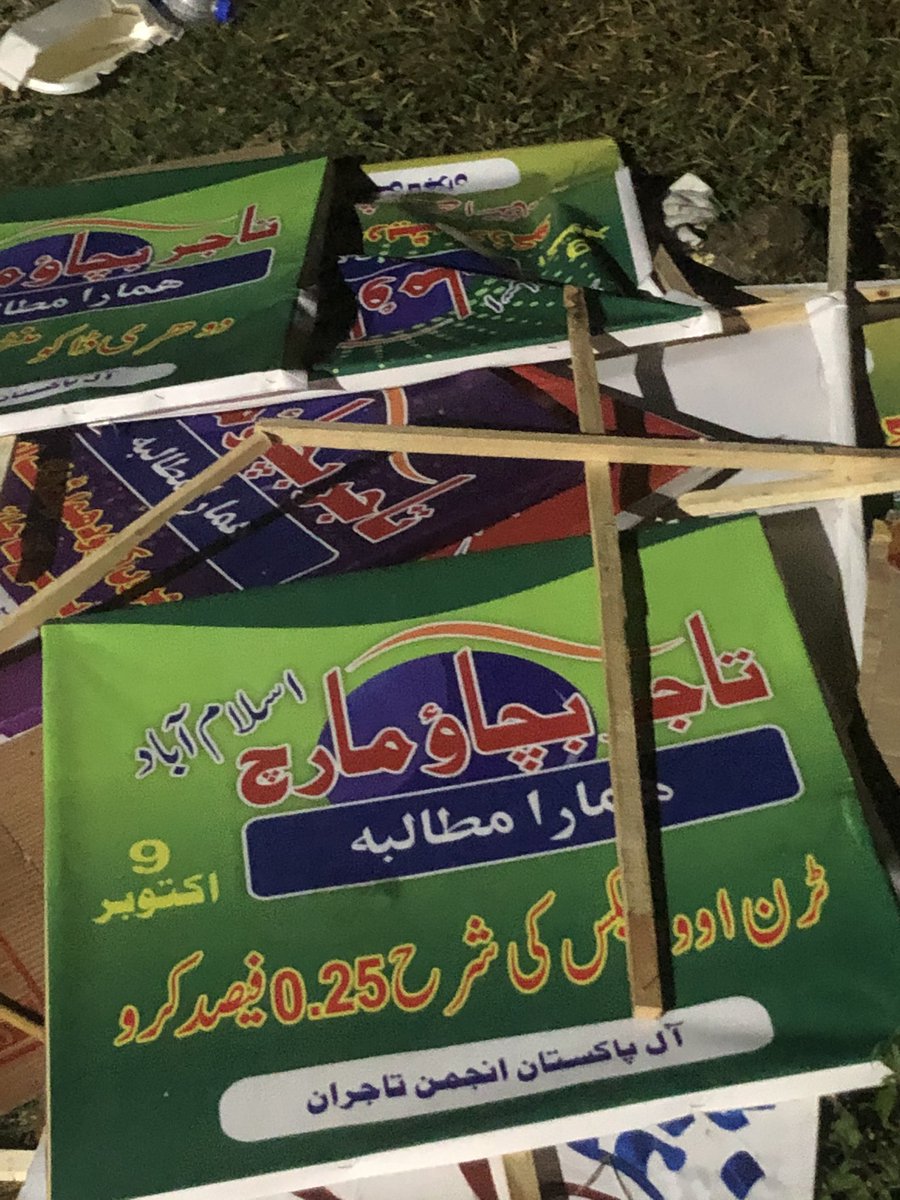 That is the amount of trash they left behind. 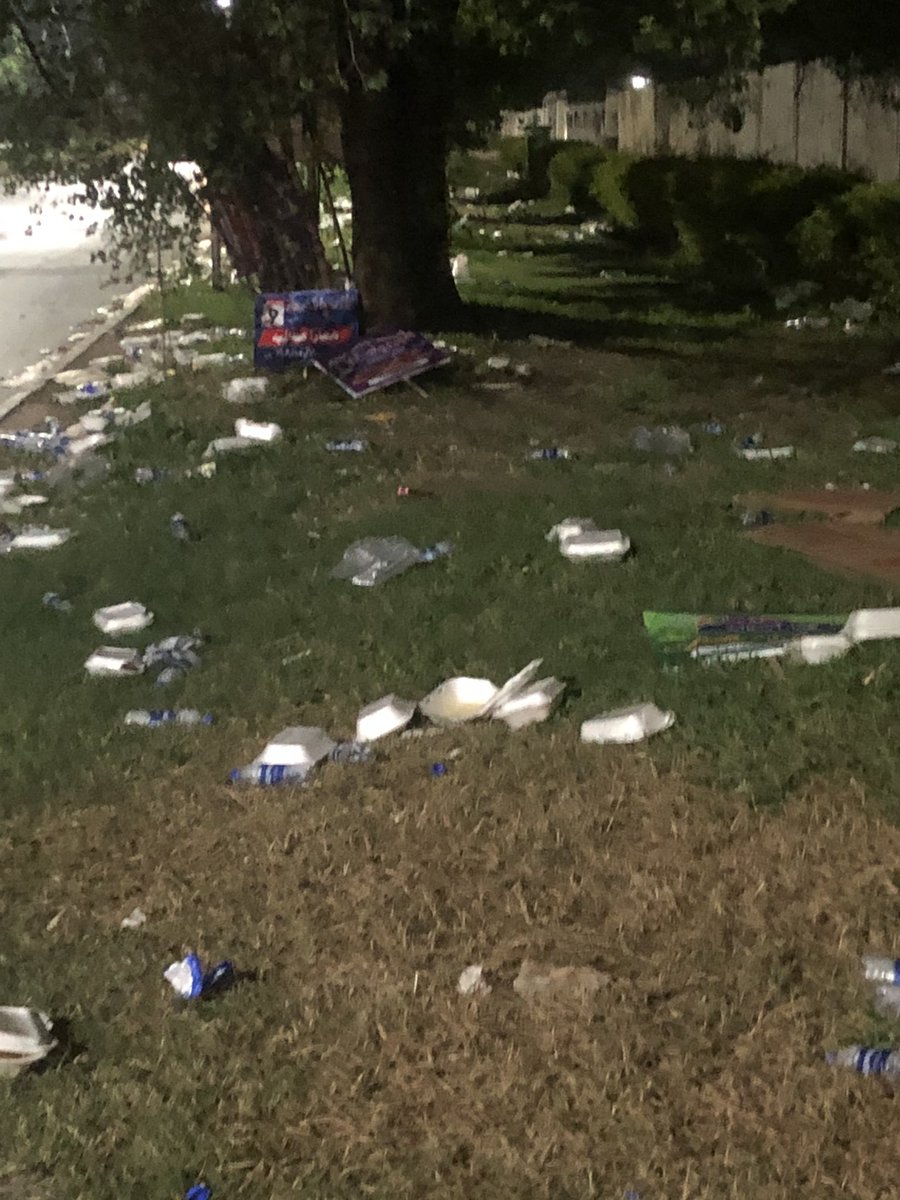 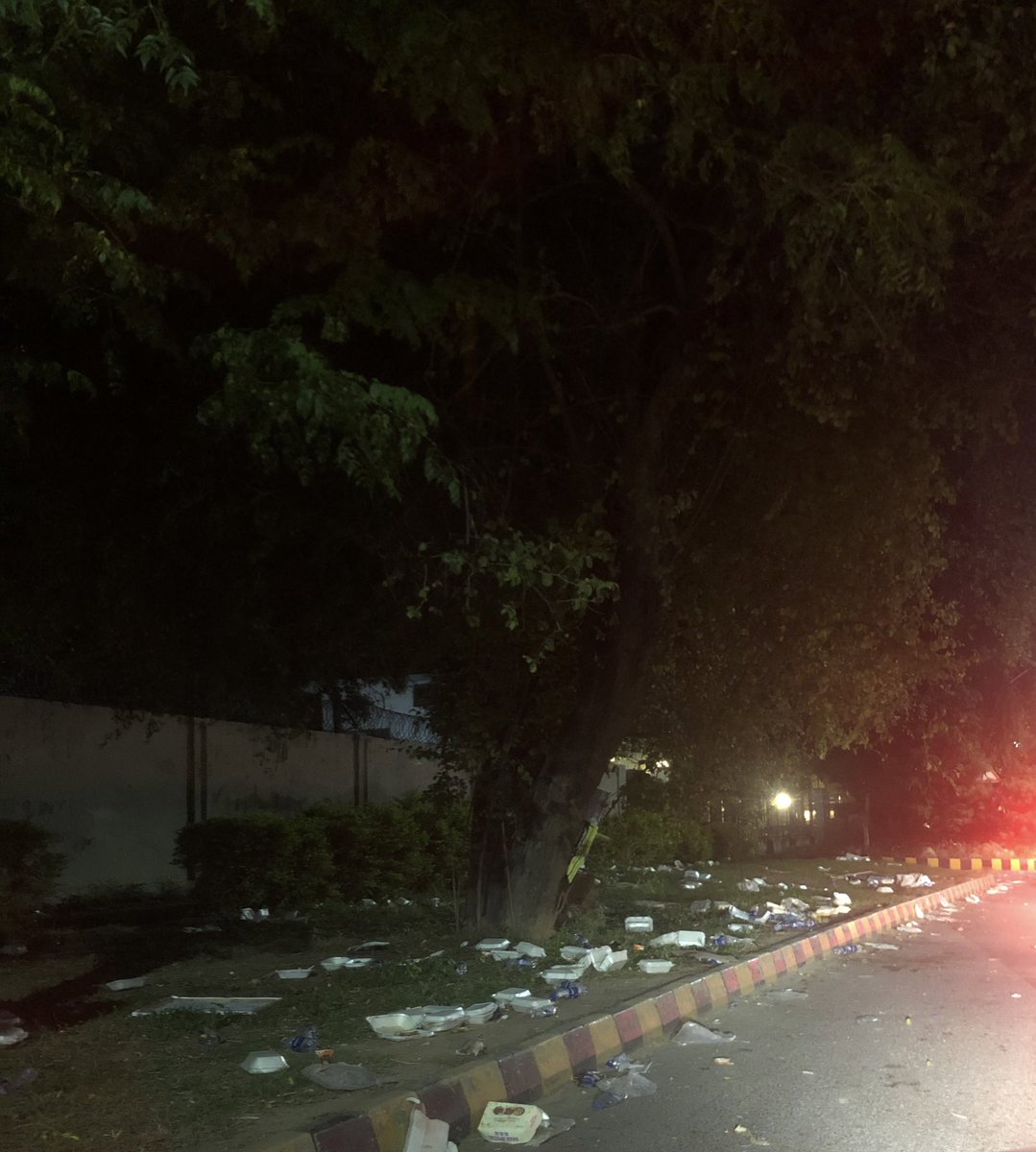 In the past, we’ve seen some organized protests where the protestors cleaned up before leaving the location, however, that was not the case.

The trash was all over the streets even hours after the protest, and even the Islamabad administration did not bother to clear the area that is within a kilometer’s radius of the Prime Minister House, the Supreme Court, the Presidency, and many state buildings.