Annually, over 400,000 people die due to Malaria, the majority of them in sub-Saharan Africa. The fastest way to fight the disease is through swift and reliable diagnosis, treatment and containment. But doing so is hard in Uganda, where Malaria is one of the leading causes of death.

For confirmation, blood-tests are needed but they take time and require trained lab experts and they are hard to come by in small medical centers visited by the majority of the population.

This is about to change after Brian Gitta, a software engineer who was misdiagnosed thrice decided to do something about it.

It was such a waste of time, going to the clinic, waiting in line. I knew there had to be a better way.

He along with a contingent of doctors, scientists and software engineers, all of which have contracted Malaria before, have designed an easy, inexpensive and speedy test for the disease, that doesn’t need a blood test, microscope or a technician. 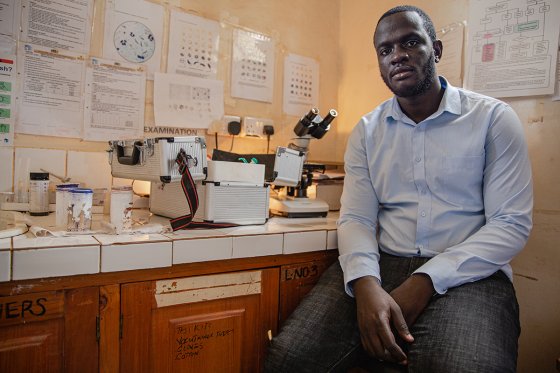 Now all that is needed is matiscope, derived from the Swahili word for treatment, and a smartphone. Anyone who has malaria-like symptoms, all they have to do is place a finger in the device which will analyze the blood cells and show the result on the phone. If a person has malaria, it can be published on a national grid allowing health authorities to keep an eye out for outbreaks.

This is a game-changer, this system could be a key part of ending malaria worldwide and I am proud it is coming from one of our own.

Gitta said that it wasn’t easy to develop the device and despite challenges, they kept working on it. Presently, the fifth version of the device is in clinical trials in Uganda and Angola and matches the gold-standard blood-sample and microscope method. He hopes that it will come to the market within the next two to three years. “If I had known how difficult this would be, I’m not sure I would have started down this path,” he said