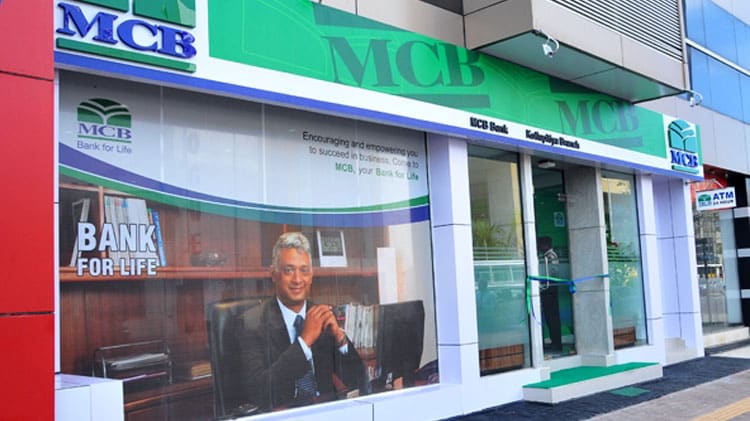 MCB Bank’s profit increased by 14% year-on-year to Rs. 16.29 billion in the third quarter of 2019, according to the disclosed financial results. The bank claims that it maintained its position as the most profitable private bank of the country.

The board of directors has declared 3rd interim cash dividend of Rs. 4.0 per share i.e. 40% bringing the total cash dividend for the year ending 2019 to 120%, continuing with its highest in the industry dividend payout trend.

The key highlights of the performance were the impressive increase in net interest margins through a gradual shift in the maturity profiling of investment base along with an efficient cost base.

Net interest income increased to Rs. 42.99 billion, 27% higher than last year. Volumetric growth in average earning assets, particularly investments, along with effective mix of shorter maturity earning assets in a rising interest rate scenario enabled the bank to post growth in gross mark-up income of Rs. 39.52 billion, up 67%. The bank has been riding the yield curve over the last few years, benefiting from the significant interest rate hike despite the fact that interests on deposits are repriced earlier than the earning assets.

The non-markup income block of the bank was reported at Rs. 11.45 billion with major contributions coming in from fee commission and foreign exchange income. Fees and commissions generated from core banking businesses increased by 5% to Rs. 8.32 billion. Foreign exchange income increased by 26% to Rs. 2.19 billion as a result of better leveraging of market opportunities.

Despite the inflationary surge during the period, (September-19 YoY CPI of 12.5%) and growth in the operational network and infrastructure, operating expenses recorded an insignificant increase of 6% over last year excluding pension fund cost.

The coverage and gross NPLs to advances ratios are 83.65% and 9.66% respectively.

The total asset base of the bank on the unconsolidated basis was reported at Rs. 1.58 trillion showing an increase of 6% over December 2018. Analysis of the assets mix highlights that net investments have increased by Rs. 115.1 billion (+15%) whereas net advances have decreased by Rs. 13.3 billion over December 31, 2018.

The deposit base of the bank has registered a healthy increase of Rs. 96.1 billion and stood at Rs. 1,145.14billion, a growth of 9% over December 2018. Focusing on its low-cost deposit base, the Bank was able to increase current deposits at the rate of 4% over December 2018, with an overall CASA base of approximately 91% which reflects the customer confidence and the inherent value of a strong brand name.

The bank on a consolidated basis is operating the 2nd largest network of 1,560 branches in Pakistan. The Bank remains one of the prime stocks traded in the Pakistani equity market with the highest market capitalization in the industry. The profitability and payout returns of the Bank are one of the highest in the industry.