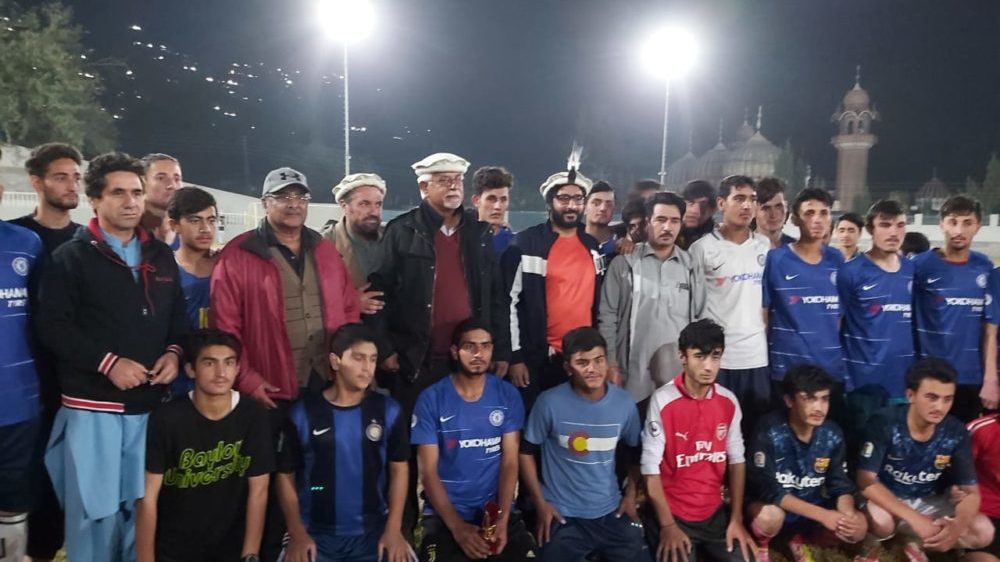 A football match was held between the Imran Khan Foundation School and Centennial Model High School at the Chitral Football Stadium in the center of the city.

This momentous occasion marked the first official match played in the region of Chitral under floodlights, as no other football grounds in the region have ever had such facilities.

Centennial School won the match 2-0, and around 500 people attended the match played in the evening. Sehat.com.pk organized the event as a part of their #SehatCares CSR initiative and they also distributed prizes and trophies to the winning team and runners-up.

Notable figures were present at the football match, including DFA Chitral President Zafar Ali Shah, DFA Chitral Patron-in-Chief Hussain Ahmed, and the principal of the Centennial Model High School who served as the Chief Guest of the occasion.

This marks yet another milestone in football for DFA Chitral, who had already sent a team to play in Spain through the Atletico Madrid Academy in Pakistan, and who have provided a multitude of talent for selection in the national football team of Pakistan. Hussain Ahmed quoted saying:

Chitral is a region whose football talent is definitely recognized but sadly neglected by the higher football authorities in the country. They haven’t sent scouts nor have they held official camps or trials in the region but have done so in other regions. We certainly hope this facility that has been created can spearhead football in the region and invite teams from other parts of the country to compete against our local footballing talent.

I have consistently been coming to Chitral for the past few years to hold camps through personal efforts, as I see immense footballing talent in the region and want to do my part to enrich the lives of the youth in this area. I hope to see more facilities being developed for the development of football in Chitral, and am elated that there is finally a proper football ground for holding matches of a competitive nature that is up to standard.