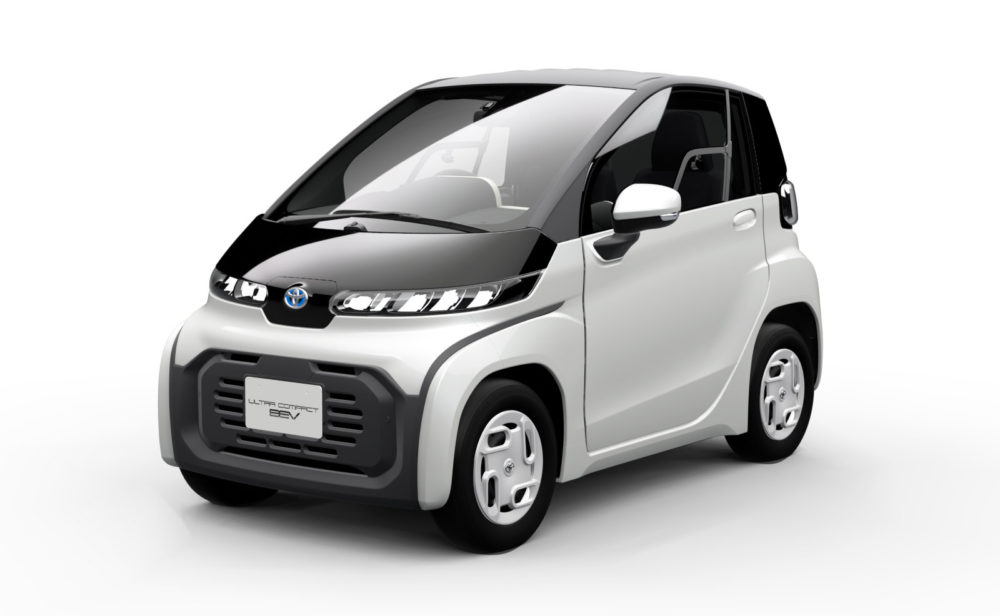 Toyota, at the 2019 Tokyo Motor Show, unveiled an extremely-compact battery electric vehicle (BEV) that is production-ready. The auto-giant has said that the car was designed aiming to “support Japan’s aging society and provide freedom of movement to people at all stages of life.”

The two-seater has been designed for short-distances meaning an elderly driver can visit the nearest market using this car.

Toyota has repeatedly underlined the fact that the car was made for short-trips because it can only do 100 km on a single charge with a top speed of 43 km per hour.

Apart from being used as transportation for the aged, the company is exploring multiple options for the BEV. It also showcased a concept model for businesses that, according to Toyota, can be used as a mobile office.

Toyota aims to launch the car late next year as it seeks to boost the usage of all-electric cars.