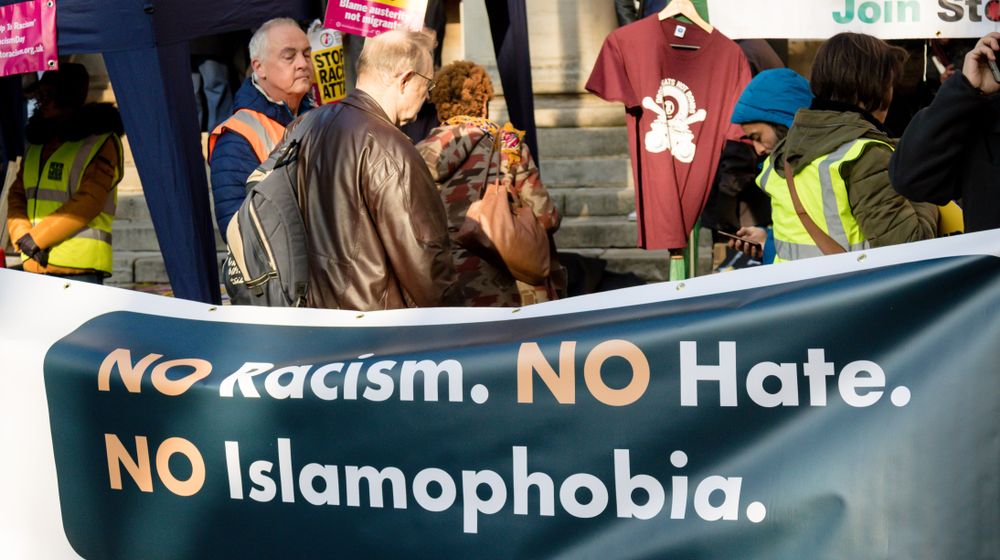 Recently some world leaders spoke about Islamophobia at the UN General Assembly and leading this debate was our Prime Minister Imran Khan.

But before getting into that, let’s understand what is Islamophobia.

Around the world, most people think that Islam is a religion that teaches terrorism. In basic terms, Islamophobia can be defined as the fear, hatred of, or prejudice against the Islamic religion or Muslims in general, especially when seen as a geopolitical force or the source of terrorism.

However, for us, it is a form of racism and prejudice against Muslims.

Another reason is the increase in the Muslim population in the West, mainly due to migrations. After 9/11, Islam was blamed for the death of 3000 people in the attacks, and because of that, the Muslims already living in the US were punished.

This included hate crimes, discrimination, negativity towards Muslims, etc. People could not differentiate the Muslim terrorists and the Muslims living next door as both claimed to be Muslims.

It was difficult to fully explain the religious affiliation of the attackers or the worldwide networks that helped those who had such devastating ideas. It was not any easier to answer questions about why followers of one religion seem to hate the West so much.

Undoubtedly, the answers to these questions concerned states outside the Muslim world but still Muslims were blamed. In this regard, international media also played a negative role.

The media played a huge role in developing such a negative association in which they constantly portrayed Muslims as terrorists.

In other words, they made it look as if Islam is synonymous with terrorism. The media perpetuated Muslim stereotypes in the years following the September 11 incident. Because of this, society has developed and continues to develop this biased opinion.

Due to this, the crimes against the Muslims living in the West increased, their shops were looted, they were constantly harassed and in some cases killed just because they were Muslims. Hijab came under criticism and some countries forcibly banned it.

Another term Hijabophobia came as a result of this hatred against women wearing hijabs. Muslims were kicked out of restaurants and their workplaces. Also after 9/11, the Muslim world was also under attack from these same Muslim terrorist groups.

In our own country Pakistan, we have been fighting these terrorists for the last 15 years. Though it may have been somewhat our mistake that they came into existence (as our PM says) but they were being fought and eliminated at a high cost.

And we were so busy fighting them that we were not aware of this Islamophobia developing in the West.

According to the US FBI data, anti-Islamic hate crimes in the United States jumped dramatically in 2001. It has been reported that in the year 2001, a total of 546 hate crime incidents happened against the Muslims. Among these offenses are anti-Islamic arson incidents (against property).

There have also been reports of hate crimes against Muslims throughout Europe. These incidents intensified after terrorist attacks by extremist groups such as ISIS. Far-right political parties and organizations are also accused of inciting fear and hatred towards Muslims.

Hate crimes, such as arson and physical violence, were committed or occurred in Norway, Poland, Sweden, France, Spain, Denmark, Germany, and Great Britain and others.

A right-wing political party in Indian, BJP built its whole election around Hindu supremacy and hatred towards Muslims. Now the BJP is ruling the biggest democracy in the world.

Killing of Muslims publicly due to multiple reasons is common in India and no one is punished for that. The atrocities of the Indian forces against the Muslim population in Kashmir is a known fact. The current Prime Minister of India, Narendra Modi is considered to be the mastermind of the Gujarat riots which caused the deaths of approximately 1000 Muslims and rape and assault of many others.

Prime Minister of New Zealand, Jacinda Arden, handled the aftermath very well. She stood with the Muslim population and called for a global anti-racism fight to root out this racist, right-wing ideology.

For her stance against extremism and Islamic radicalism and the steps she took to eliminate such elements from her country, she was praised worldwide.

Muslim celebrities around the world are fighting and speaking up against Islamophobia. Muslim mixed martial arts athlete, Khabib Nurmagedomov, in his recent fight against an Irish athlete was subjected to a lot of racist remarks about his religion, family, and race.

He was even attacked in his bus by his rivals. But he kept speaking that he is a proud Muslim and that all his success is due to blessings of Allah. He rejected Islamophobia and all other racist remarks against him and ended up winning the fight.

After the fight, he attacked the opposition team in a bizarre brawl because they were making remarks against him and his religion, but after that, he was fined for his reaction and he also said that this is not what his Religion teaches him and he regrets it.

Recently in the 74th UN General Assembly Session, some Muslim world leaders spoke about Islamophobia. Leading them was our Pakistani Prime Minister Imran Khan, who repeatedly rejected Islamophobia and explained to the world what Islam is really about.

First, Khan’s criticism of “Islamic terrorism” and “Islamic radicalism” is based on how such categories invalidate the legitimate political struggle in theaters like Palestine and Kashmir. And at the same time, they allow and offer easy access to the much more deadly and much more brutal forms of state terrorism used to counter and combat such a struggle for self-determination.

Secondly, perhaps the most critical and productive aspect of Khan’s comments on Islamophobia was his discussion on suicide bombing. He argued that the phenomenon of suicide bombing cannot be reduced to “religious motivations.” Instead, one must consider the political work performed through and the political aspirations embodied in acts of violence like suicide bombing.

Thirdly, it was heartening to see Imran’s critique of the blasphemous content internationally against our Holy Prophet, Mohammad (PBUH). He highlighted and explained in detail that the Prophet holds a great place in every Muslim’s heart and to mock him by painting his cartoons hurts every Muslim in the world.

Lastly, suspicion and mistrust galvanized by liberal Islamophobia as a phenomenon that threatens and fractures the integrity of human relations in multi-religious communities. These are all positive signs that the world is finally denying Islamophobia but it is a long journey until Muslims can finally eradicate it from the world.