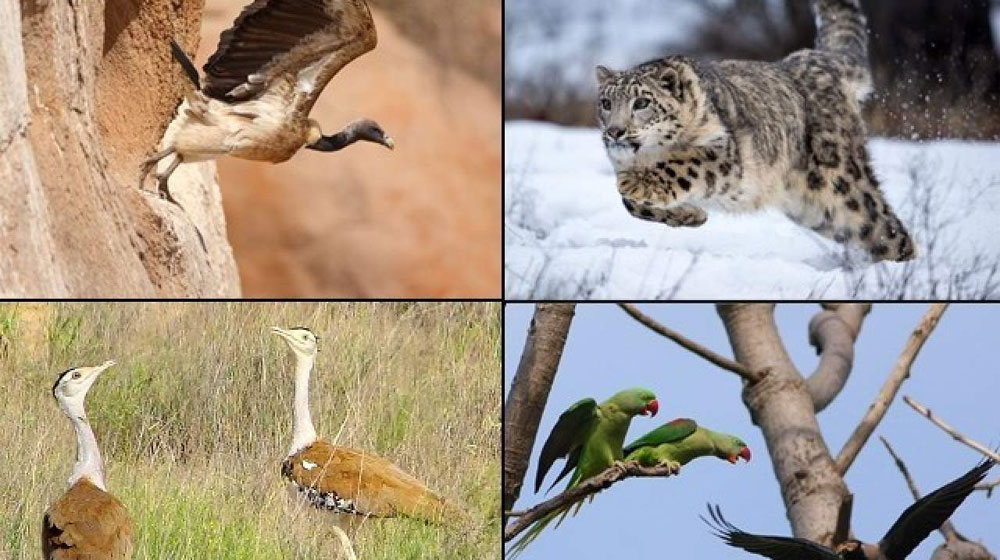 The Ministry of Climate Change, in collaboration with global wildlife organizations, has launched a survey to prepare Pakistan’s first ‘Red Data List’ of threatened animal species.

Previously, the country lacked adequate data, which remained a hurdle in implementing policies and enacting concrete efforts for the protection and conservation of these species.

The new Red Data List, according to authorities, will help conservation organizations work efficiently for the welfare of the endangered species.

The ‘Pakistan Red Data List’ will be the most comprehensive record of the wildlife plants, animals, and other organisms. Based on a scientific study acceptable worldwide, the red list will help guide and boost actions for the conservation and protection of wildlife.

He said that globally recognized criteria will be used in the collection of data for an adequate evaluation of the extinction risk of thousands of species and subspecies.

Acting Inspector General Forest at the ministry, Mohammad Suleman Khan Warraich, who is the head of Pakistan Red Data List imitative, also spoke on the occasion.

He apprised the media that as many as 50 scientists and biodiversity experts, researchers, surveyors, the World Wide Fund for Nature-Pakistan (WWF), Zoological Survey of Pakistan, and Wildlife Conservation Society Pakistan are working on the project. University students from the International Union for Conservation of Nature Pakistan (IUCN-Pakistan) are also helping in data collection, he said.

The teams will visit different parts of the country for the survey of existing wild animals, plants, and other organisms. These teams were trained before the launch of this initiative, Warraich said.

They were trained on the use of methodologies and appropriate survey tools and techniques for conducting accurate surveys of wild plants and animals.

“It will also provide information about the range, population size, habitat and ecology, use and trade, threats, and conservation actions that will help inform necessary conservation decisions,” he added.

Besides, the data will also assist the federal government in deciding whether or not to increase the number of certificates for Markhor Trophy Hunting.

Based on credible reports that the Markhor species are thriving, provinces have been pressuring the government to increase the number from 12 to 20 or higher. The federation has, however, decided to defer its decision until the completion of the survey.