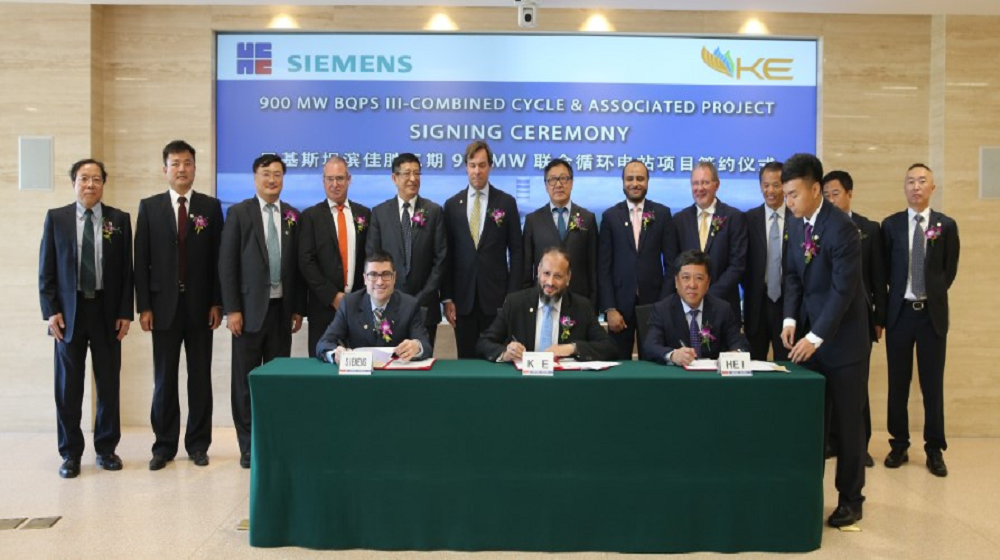 K-Electric (KE) has awarded the contracts for a 900MW Combined Cycle Power Plant and associated grids to Siemens AG and a Chinese construction contractor Harbin Electric, with an investment of $650 million at Bin Qasim.

The project will be built at KE’s Bin Qasim Power Complex and includes upgrades to associated transmission infrastructure. It will be dual-fired with RLNG (Re-gasified Liquid Natural Gas) as the primary fuel and represents one of the largest private-sector investments of its kind in the country’s power sector.

In line with the vision of improving KE’s generation fleet efficiency, the 900 MW BQPS-III is one of several planned projects to replace older plants with newer and more efficient units.

Although the project’s timeline has been affected due to a delay in the finalization of KE’s multi-year tariff, the power utility is determined to execute it as soon as possible with additional power made available by summer 2021.

The project is part of KE’s business plan formulated after a detailed study to review all possible solutions for increasing generation capacity.

In addition to this project, KE is also in talks with the government of Pakistan to increase the supply from the national grid, with discussions for the supply of 500MW from KANUPP-2 and KANUPP-3 in advanced stages.

The 900 MW BQPS-III is essential in meeting Karachi’s future energy demands. An investment of the size and magnitude of BQPS-III is a testament to KE’s commitment to improving the reliability of power supply for its customers.

Harbin Electric International Co., Ltd. has accumulated rich project execution experience since it entered the Pakistani power market in 1983, and has completed more than 10 projects in the fields of hydropower, thermal power and combined cycle power stations. We are honored to partner with KE and confident that the under-development power project will play a crucial role in supporting the growing power needs of Karachi and will also help diversify the fuel mix of KE in a sustainable manner.

“We’re proud to be supporting the energy needs of Karachi with efficient, environmentally friendly technology for power generation, such as the SGT5-4000F gas turbines renowned for high performance and low-cost power generation,” said Helmut von Struve, Managing Director and CEO of Siemens in Pakistan.

A reliable, robust and efficient electricity supply is essential to power economic growth and societal development, and our global expertise in delivering such projects makes us an ideal partner to support K-Electric’s long-term vision.