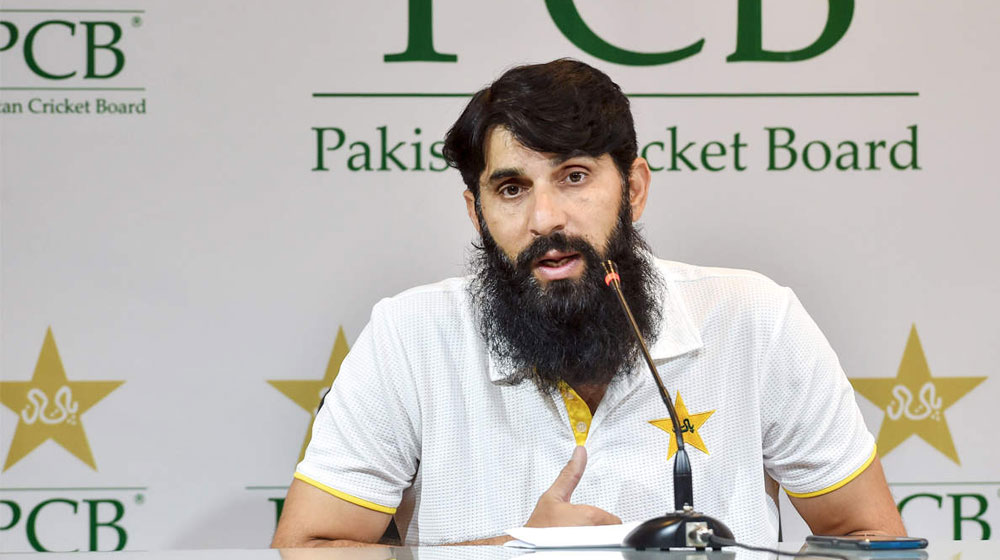 On 6th May 2019, the Pakistan Cricket Board (PCB) rejected Younis Khan’s proposal of managing Pakistan’s U-19 cricket team while simultaneously playing the role of the chief selector.

A PCB spokesperson claimed that what Younis is demanding is a ‘conflict of interest’ and further stated:

At the moment, it appears that Younis will not be working for the PCB as he has made it clear he wants total independence to work and get results with the junior team.

However, after exactly four months, PCB appointed Misbah-ul-Haq as head coach and chief selector. This decision highlighted why PCB has always failed to achieve consistency.

The question remains: If a conflict of interest arises on the junior level, then on what grounds did the same PCB management approve Misbah’s appointment in the dual role.

Removing Mickey Arthur promised a new beginning but the appointment of Misbah-ul-Haq, especially in a dual role, the same problems have persisted thus far.

Despite Misbah being at the helm for only a while, his inexperience has been highlighted several times; be it the selection of tried and tested players or his contradictory statements made on live television.

Prior to the squad announcement for the tour of Australia, Misbah claimed that Pakistan has no good young wrist-spinner apart from Shadab. That’s when a journalist presented the name of Usman Qadir. Following his response, Misbah burst into laughter and he claimed that Usman has not been a regular part of Pakistan’s domestic structure, on what basis should he be selected then? He further ridiculed the idea of including Usman in the squad.

Two weeks later, Usman Qadir – son of Abdul Qadir – was named in T20I squad for the tour of Australia. This change of heart raised a lot of questions on social media. It additionally reflected poorly on Misbah as he is the chief selector who had previously joked aside Usman’s inclusion in the team.

Here is a video clip of Misbah’s indecisiveness, which is of course not something that is expected from a coach and the head of the selection committee.

In addition to this incident, after the whitewash against Sri Lanka, Misbah claimed that they were missing Mohammad Hafeez and Shoaib Malik from that squad. That statement remains a huge talking point, as Misbah deflected blame off of his selections and coaching and blamed the defeat on outside matters.

Malik and Hafeez have been dissed by PCB because the management wants to test out new players and move past them, claiming the whitewash was because the Pakistan team lacked experience is nothing short of strange.

If Malik and Hafeez add value to the T20Is then why aren’t they are a part of the upcoming tour of Australia? These contradictions highlight the key point that Misbah has no long-term plan apart from saving his face in the media.

To pin our hopes of Pakistan cricket’s improvement on someone who’s unable to reflect on his mistakes is a very dangerous position to be in. This is something that PCB needs to understand before aimlessly supporting Misbah during his tenure.

Deflecting Blame Off Himself

Additionally, Sarfaraz Ahmed was made the scapegoat and he has now been axed from Pakistan’s T20I squad altogether, despite being the most successful captain in the shortest format of the game in the entire world.

The reasons presented behind Sarfaraz’s exclusion were based on his performances. However, on the flip side, the likes of Shadab Khan, Asif Ali and Fakhar Zaman are all statistically worse-off than Sarfaraz. This points towards PCB or Misbah’s bias against Sarfaraz. Either that or they wanted a scapegoat to hide behind the embarrassment of losing to a make-shift Sri Lankan team who beat them in their own backyard.

When everything is put together, it is evident that Misbah’s leadership qualities are a huge question mark just like his captaincy was back in the day.

It is important to understand that lack of a methodology, and set standards are the reason why PCB has often made decisions why have been counterproductive for Pakistan’s cricket.

The ‘conflict of interest’ argument is entirely logical. However, to counter that argument is that, you can afford to test out new things on a grassroots level. India did the same by appointing Rahul Dravid as the India U-19 head coach where he was also played a huge role in the selection process as a ‘special invitee’.

Having said that, without testing out the dual-role model in Pakistan cricket, PCB went ahead and gave absolute power to Misbah-ul-Haq who does not have any prior coaching experience. This not only implies that Misbah was not only fit for the dual role, but he also wasn’t even qualified for the head coach position alone as well.

Dean Jones was another candidate who was tipped to become the head coach of the Pakistan cricket team, thanks to his outstanding performance with Islamabad United. Various experts claimed that Dean Jones was the perfect option as he possessed the required experience and had worked closely with the Pakistani players during PSL.

On what grounds did PCB snub Dean Jones for Misbah-ul-Haq? The argument that PCB was seeking a local coach does not overweigh the drawbacks of Misbah’s appointment.

What are your opinions on the matter? Let us know in the comments section below.