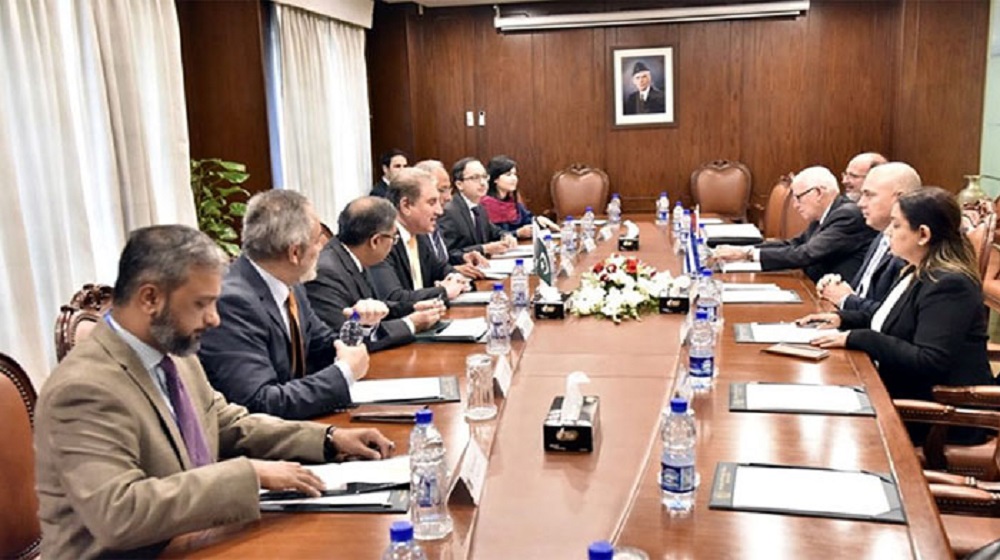 Cuba and Pakistan have signed an agreement granting a visa exemption for diplomatic and official passport holders.

Secretary Ministry of Interior signed the agreement on behalf of Pakistan. The agreement will facilitate travel for government officials between the two countries.

The agreement was signed at the Foreign Office after Foreign Minister Shah Mehmood Qureshi held talks with the Cuban Vice President and his delegation.

He underlined the need for enhancing economic cooperation and people to people exchange between Pakistan and Cuba to deepen and strengthen bilateral ties.

The Cuban delegation is on a three-day visit to Islamabad. The foreign minister highlighted the excellent bilateral relations between Pakistan and Cuba.

Qureshi reiterated Pakistan’s gratitude for the generous support offered by Cuba after the October 2005 earthquake. He added that there is an enormous potential for Pakistan and Cuba to enhance cooperation in the health and agricultural sectors.

Appreciating Cuba’s advancement in the field of biotechnology, the foreign minister proposed collaboration in research and development for the production of life-saving vaccines.

The foreign minister also briefed the Cuban delegation on India’s unilateral and illegal actions of August 5 in the Indian occupied Kashmir. While highlighting the ongoing suffering of the innocent people, he encouraged Cuba to raise its voice against human rights violations in occupied Kashmir.