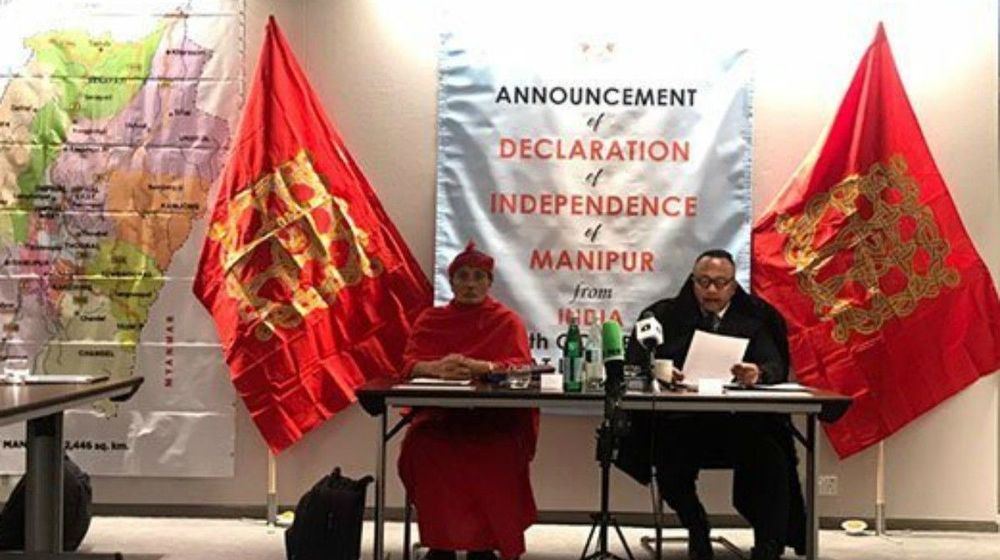 The BJP’s mission of Akhand Bharat or undivided India has been laid to the ground by one of its own states, Manipur, as separatist leaders have announced to form a government-in-exile in Britain.

The move comes at a time when India is facing backlash from the world community on its unilateral decision to annex the disputed territory of Kashmir.

The announcement was made on Tuesday on behalf of Maharaja of Manipur, Leishemba Sanajaoba. The two leaders who made the announcement were Yamben Biren and Narengbam Samarjit, who will be the Chief Minister and Minister of External Affairs and Defence respectively for Manipur State Council.

Chief minister & Minister of External Affairs & Defence of Manipur state council speaking on behalf of Maharaja of #Manipur announce independence from India & formation of govt in exile in Britain. It will push for recognition at the United Nations. More: https://t.co/AwA8IZJkZF pic.twitter.com/QhjW7cLtYE

After decades of violent independent campaigns in the formerly princely northeastern state – Manipur became a part of India in 1949. The Manipuri leaders have finally declared Manipur to be a separate state, adding that they will push the United Nations and other countries to recognize their just struggle and give them the status of an independent state.

We call on all the governments of the sovereign states of the members of the United Nations for their recognition of the de jure and exile government of Manipur from today onwards.

The leaders have claimed to be granted political asylum in the United Kingdom and that they have been trying “to engage with the Indian government”, however, they were “met with hate and hostilities”.

The state of Manipur has a population of 2.8 million and belongs to a group of 7 sister states in northeastern India where instability and armed conflicts run rampant.

What are your thoughts on Manipur’s self-declared independence? Let us know in the comments section.