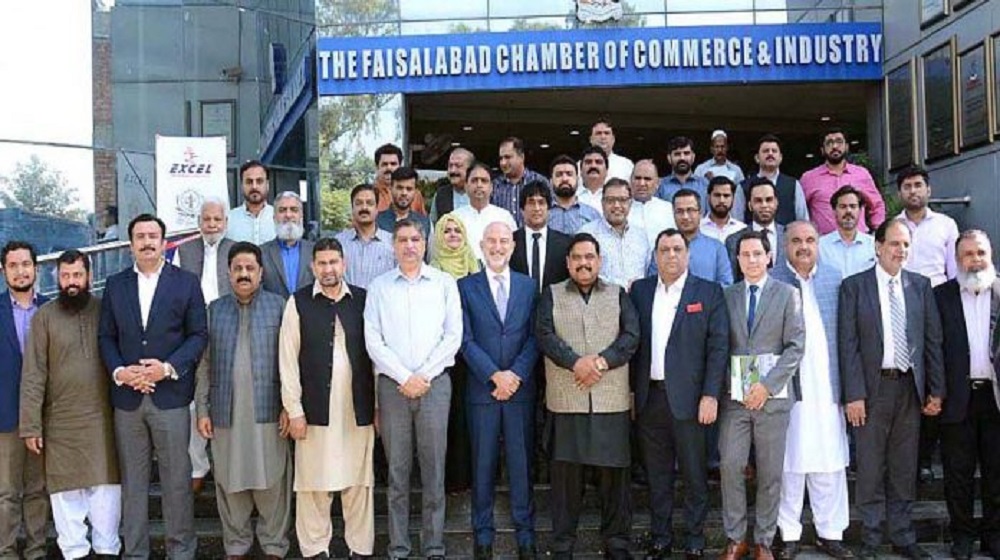 Spanish businessmen are visiting Pakistan despite travel advisory and another delegation from Spain will visit Pakistan during the next week, said Spanish Ambassador Manuel Duran.

He added that Pakistan and Spain should exploit their potential to enhance bilateral trade.

Addressing an event at Faisalabad Chamber of Commerce and Industry (FCCI), he said that Faisalabad is the industrial, commercial and business hub of Pakistan. Being at the forefront of the textile industry, Faislabad is using Spanish machinery in most of its factories.

Regarding dairy, he said that Spain specializes in food processing. Interested businessmen must specify their field of expertise so that their proposals and suggestions are processed, said the ambassador.

He asked Pakistan’s exporters to contact their embassy in Madrid in order to work with the fashion industry. About the visa, he said that as a Spanish visa is equally acceptable in all SCHENGEN countries, they have to follow the rules.

Responding to a question raised by Secretary-General FCCI Abid Masood, Miguel Pena Commercial Attache of Spain Embassy said that he is ready to exchange the latest economic data of Spain with the FCCI.

Earlier, in his welcome address, President FCCI Rana Sikandar Azam introduced Faisalabad and FCCI. He said that though textile is its iconic identification, other sectors including chemicals, rice, sugar, ghee, engineering, poultry, and agriculture are also quite significant in Faisalabad.

He said that the city is privileged to house Asia’s biggest socks manufacturing units as well as the biggest rice, and state-of-the-art chemical units. He stated that Faisalabad alone accounts for 50% of textile exports of Pakistan.

”Trade between Pakistan and Spain has grown phenomenally after the grant of GSP Plus facility,” he said, adding that a trade delegation of Faisalabad had already participated in ITMA 2019 exhibition while many Pakistani exporters are also manufacturing products for leading Spanish brands.

Former President FCCI Mian Javed Iqbal stressed the need for direct contact between the business communities of the two countries.