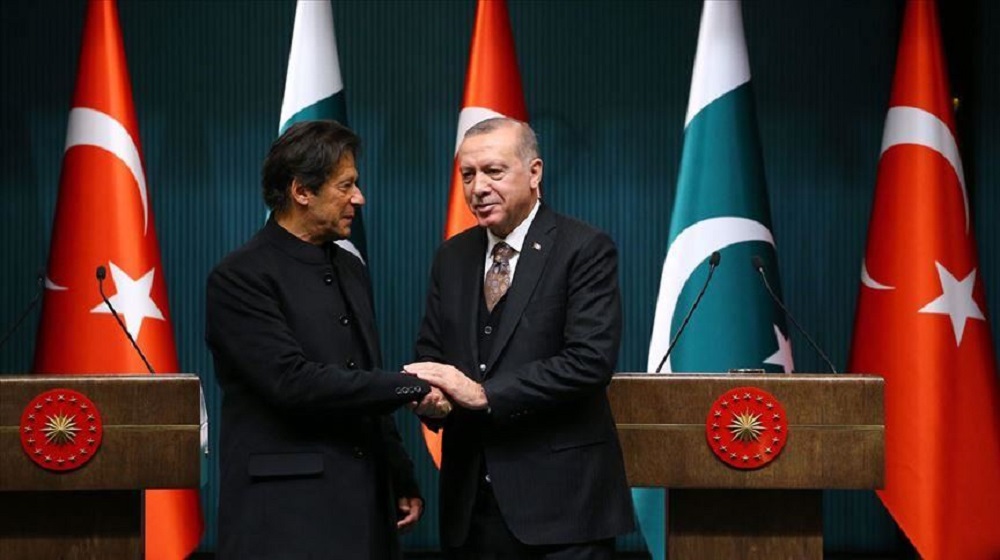 Prime Minister Imran Khan has announced that the Pakistani government, with the help of Turkish President Recep Tayyip Erdogan, has amicably resolved the Karkey dispute and helped Pakistan avoid paying the $1.2 billion penalty.

In a Twitter message, he said the resolution of the Karkey dispute has saved Pakistan USD1.2 billion penalty imposed by the International Centre for settlement of investment disputes (ICSID).

PTI Govt, with the help of President Erdogan, has amicably resolved the Karkey dispute and saved Pak USD 1.2 billion penalty imposed by ICSID.

The prime minister congratulated the government team for doing an excellent job in achieving the feat.  However, Khan did not give details about the help lent by the Turkish president to resolve the issue. He had personally requested Erdogan to use his “good offices” to resolve the lingering dispute as Islamabad’s ailing economy could not afford to pay such a hefty fine, according to a senior Pakistani Foreign Ministry official.

Karkey Karadeniz Elektrik Uretin (KKEU) was one of 12 rental power companies that had been awarded contracts by the PPP government in 2008-09 to ‘resolve’ the power crisis.

A ship was brought to Karachi port in April 2011 to provide electricity to the national grid under the then government’s RPP policy to overcome the energy crisis. However, it failed to generate 231 megawatts as was required under the agreement, even though $9m had been paid to the company in advance as capacity charges.

The plant produced only 30-55MW of electricity and that too at a cost of Rs. 41 per unit, which was a serious breach of contract, according to the prosecution. This led to a 50 percent increase in the refund claim by the government, from $80m to $120m.

According to the National Accountability Bureau (NAB), after a reference was filed against Karkey, the Turkish company had requested a plea-bargain deal and said it was ready to pay $18 million to NAB and promised not to go for international arbitration.

However, some politicians moved the Supreme Court and then chief justice Iftikhar Mohammad Chaudhry had struck down the deal and insisted on recovering the full $120 million from the Turkish firm.

As a result, Karkey moved the International Centre for Settlement of Investment Disputes (ICSID) in 2013, seeking compensation for the losses incurred by its vessels in terms of damage or depreciation for not being allowed to leave Karachi port for almost 16 months. The Turkish company later won the case in 2017.

Adviser to Prime Minister on Finance, Revenue and Economic Affairs Abdul Hafeez Shaikh said that the government, under the leadership of Prime Minister Imran Khan, had resolved Karkey dispute and saved $1.2 billion.

A positive development for the country. Under the leadership of Prime Minister @ImranKhanPTI, Govt of Pakistan has resolved Karkey dispute saving $1.2 billion to the economy. This amount can now be spent on the development and better facilities for the public.