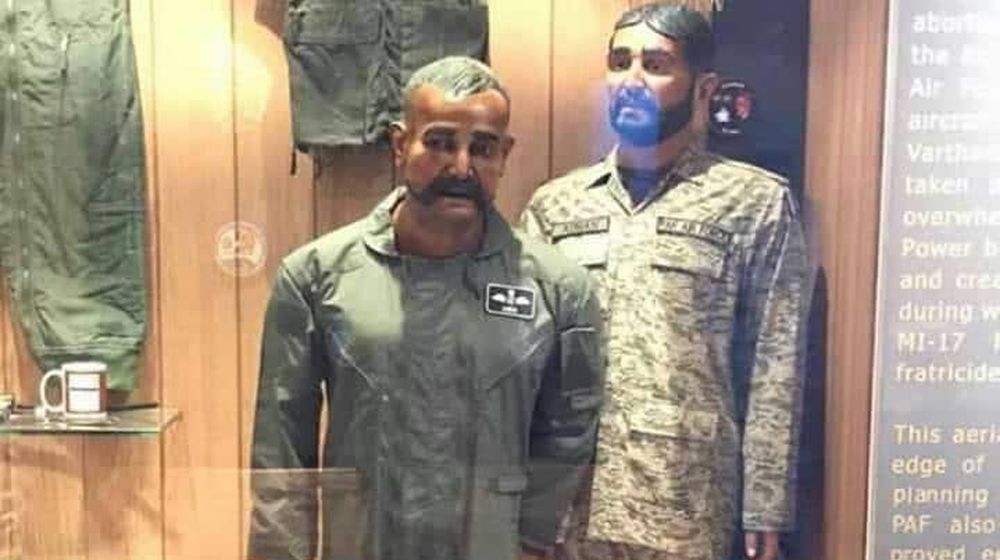 Pakistanis aren’t letting go of Indian pilot Abhinandan who was captured in a faceoff with PAF pilots in the aftermath of the Pulwama incident.

From roasting Indians constantly on Twitter on any move they make to using ‘fantastic tea’ references, social media is making sure India doesn’t forget what happened when they tried to “cross the line.”

The famous mustache is now a part of the Pakistan Air Force museum in Karachi. Wing Commander Abhinandan Varthaman’s exhibit in his uniform in the newly opened gallery is giving Pakistanis plenty to cheer about, reminding us of the dog fight which saw two Indian fighter jets crashed, resulting in Abhinandan’s arrest.

The pilot, however, was released later as a goodwill gesture. His belongings and the famous receipt of the fantastic ‘team’, printed on a mug, are now a part of the gallery.

The exhibits were not received very well in India, as their media is calling it a bizarre propaganda while the Pakistanis are having a good time on social media.