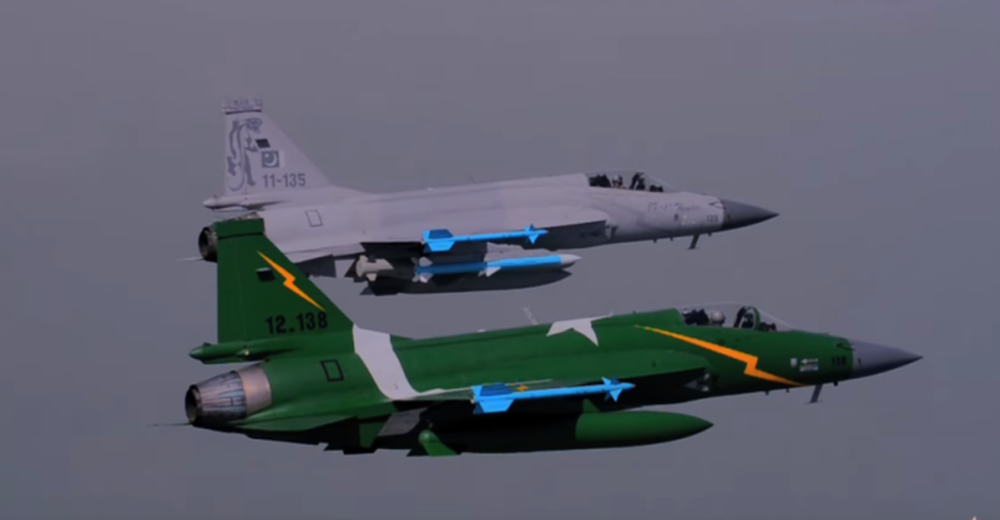 Dubai Airshow 2019 has officially commenced and the city is set to welcome 1,288 exhibitors and more than 87,000 trade visitors over the next five days.

More than 160 countries including Pakistan are participating in the mega-event. Pakistan’s Super Mushshak training aircraft is also on display at the airshow but unfortunately, the pride of Pakistan JF-17 Thunder is not present in this year’s airshow.

Zubaida Jalal said that Pakistan has received three times more foreign exchange this financial year by exporting defense-related products. “More than $200 million (Rs. 31 billion) has been earned by defense production’s export and this amount will increase in coming years.”

She lauded the efforts of Pakistani engineers in developing state of the art aircraft in Pakistan.

The report stated that aviation enthusiasts especially Pakistanis and Chinese were a little dejected when they didn’t find the state of the art fighter aircraft JF-17 in this year’s show. The fighter plane had been participating regularly in Dubai airshows for the past ten years.

JF-17 Thunder has not only been successful in Dubai but it has seen success in reputed air shows all over the world. This year, Super Mushshak is also not participating in the aerobatics show.