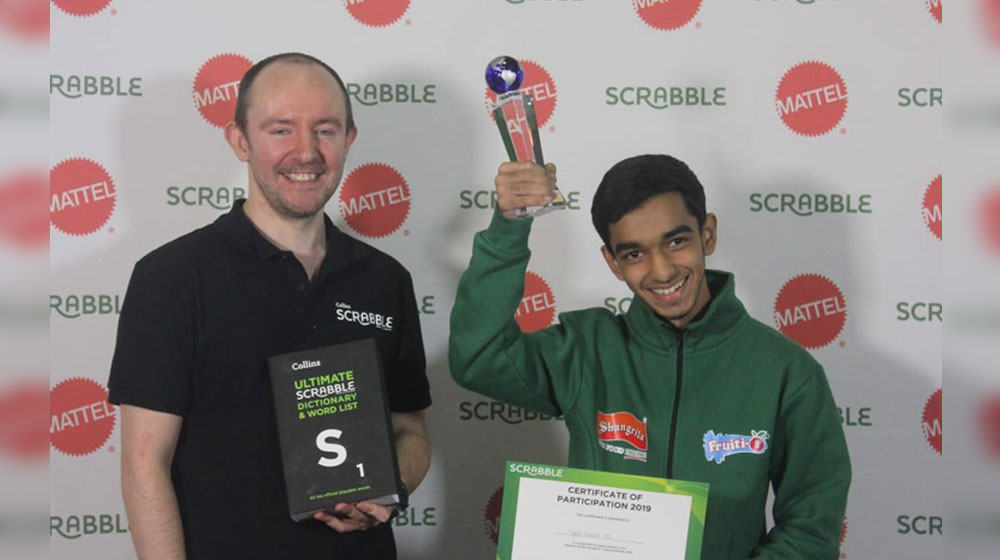 Pakistan has won the World Junior Scrabble Championship 2019 in England.

The championship saw Green dominance in all age categories, with all Pakistani players acing their respective categories.

Young Imad Ali was the find of the tournament, who became the youngest junior world champion to have lifted the trophy at the age of 13.

He maintained the first position in all three days of the competition by winning 17 out of 20 matches he played.

I worked very hard for this title and winning gold for Pakistan is an honor for me.

Pakistani players maintained dominance in other age groups as well, with Saim Waqar acing the under-14 category and Taha Mirza winning the title in the under-18 category.

Meanwhile, in the under-12 and under-10 categories, Moonis Khan and Misbah-ur-Rehman clinched the titles, respectively.