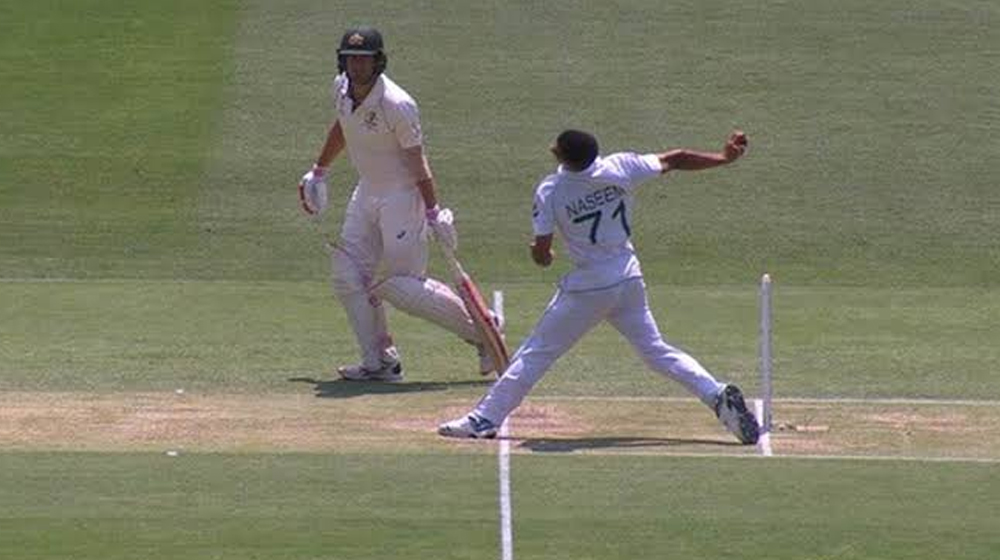 The first Test match between Pakistan and Australia has seen a lot of controversy surrounding the no-balls.

On the first day, Pakistan’s wicketkeeper Mohammad Rizwan was sent back to pavilion despite the replay showing that the bowler had no part of the foot behind the line.

The following day, the umpires missed a total of 21 no-balls bowled by Pakistani bowlers.

This was uncovered by Hashtag 7 Cricket journalist, who pointed out that this is an ICC issue more than the fault of the umpires or the bowlers.

The only no-ball that was called out was the one on which Naseem Shah dismissed David Warner when he crossed his half-century. Following that call, Naseem did not bowl a no-ball.

It’s important to note a trend here that since none of the no-balls were called, the Pakistani bowlers kept running in with the supposition that their deliveries were fair. However, if they had taken a wicket on any of the 21 illegal deliveries, the decision would have been overturned.

Additionally, if you think from the batting team’s perspective, that’s 21 runs being deducted from their total.

Former Australian captain Rickey Ponting claimed that umpires need to be more aware and ICC needs to come up with a solution.

I don’t blame the umpires because if they give it as a no-ball and a wicket falls then the decision cannot be overturned. But 21 incorrect decision is not good enough. There are cameras that are set up; it takes half a second to relay the information from the third umpire to the on-field umpire then why not use that as an option?