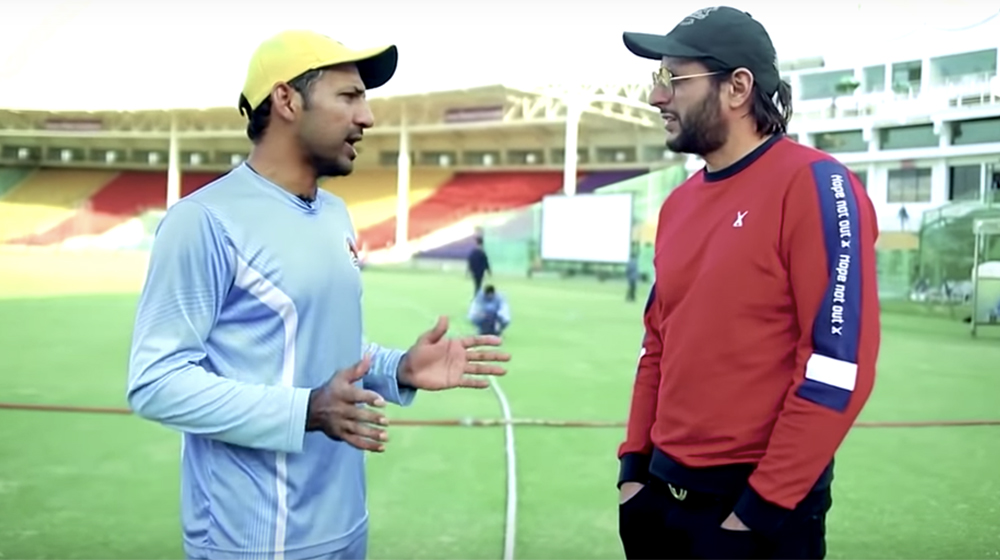 Former Pakistan cricketers are engaging with the local audience through YouTube by making their own vlogs.

The trend kicked off after Shoaib Akhtar launched his YouTube channel. Soon, he was joined by Ramiz Raja and Shahid Afridi.

In Afridi’s latest vlog, he interviewed Sarfaraz Ahmed, who has been excluded from Pakistan’s national side.

Afridi asked about his fitness, current form and the process of coping with the huge news of being left out from the team.

Sarfaraz said that he is feeling extremely confident about making a comeback as he is training well and the runs are coming thick and fast for him.

Speaking about his batting position, he said:

I am batting at 6th position but I have come up the order as well when the situation was as such. I have scored a couple of half-centuries and the century also came at 6th.