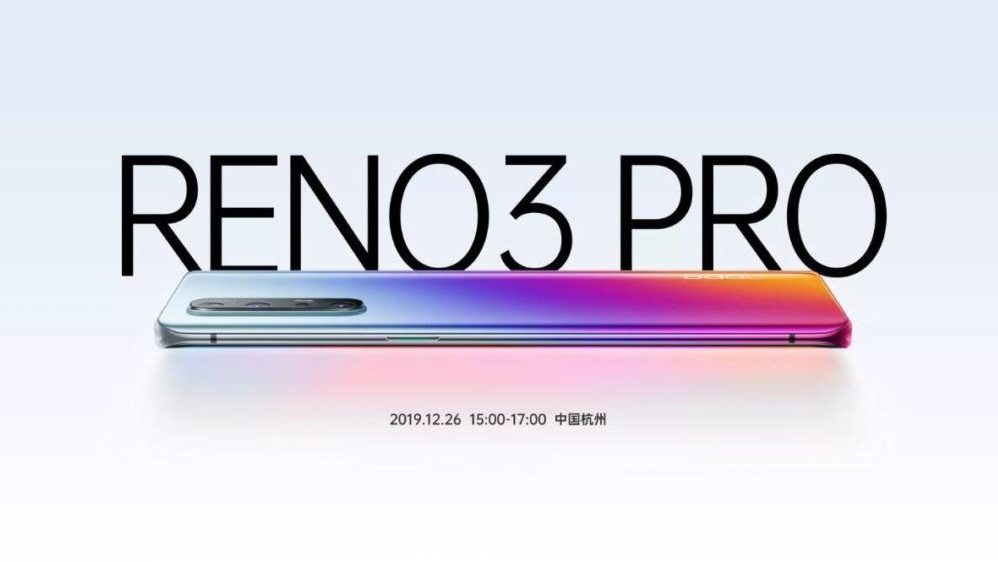 Oppo, after months of teasing its Reno 3 5G series has finally announced that the lineup will be launched on 26th December 2019, at an event in Hangzhou.

The series will consist of two Smartphones Oppo Reno 3 and Oppo Reno 3 Pro. Both will feature 5G connectivity with support for dual-mode SA/NSA.

Even though the company has not confirmed any specifications, both smartphones were recently listed on TENAA, hence some of the specifications were revealed.

The Smartphone is expected to come with Qualcomm’s Snapdragon 730G at the helm topped with 8 GB RAM and 128 GB onboard storage.

It will be built around a 6.4-inch AMOLED display with FHD+ (1080p) resolution, an in-display fingerprint sensor, and a waterdrop notch for housing the 16 MP selfie camera.

As far as the rear camera is concerned, the smartphone is expected to boast a triple sensor camera with 48 MP main sensor topped with an 8 MP and a 2 MP sensor.

According to TENAA, Reno 3 will be powered by a 3935 mAh battery which is slightly disappointing, considering how Mid-range smartphones with lower price tags sport larger batteries.

The pro variant is expected to feature Qualcomm’s Octa-core Snapdragon 765G. It will come with a 6.5-inch AMOLED display with 1080p resolution, in-display fingerprint sensor and a tiny punch hole on the top-left. The SoC will be accompanied by 8 GB RAM and 128 GB built-in storage. Hence, the memory specifications of both, vanilla Reno 3 and pro variant are expected to be the same.

Again, the battery specifications may be slightly disappointing for some, the Pro variant will be fueled by a 4025 mAh battery, only 90 mAh more than the vanilla variant.