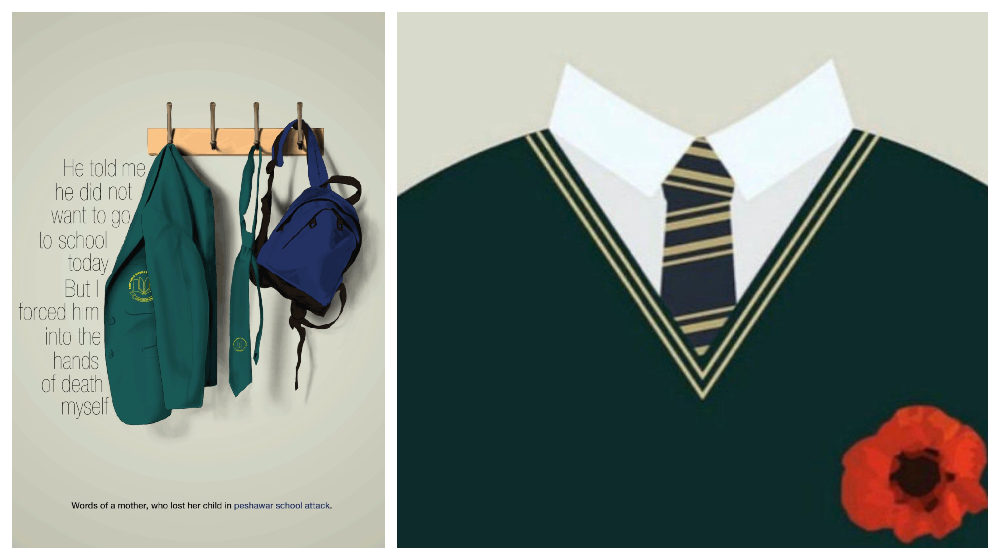 In memory of the martyrs of the horrible Army Public School (APS) Peshawar attack in 2014, Pakistan is observing a Black Day today.

On this day, the enemies of the country cowardly attacked APS Peshawar, martyring 144 students and teachers. The teary-eyed last prayers of the young students are still etched in the memories of their fellow students and everyone across the country.

The loss of the parents is unimaginable, however, the incident has united us all against all forms of extremism.

Since then, Pakistan has notched up its efforts to expunge extremists and it is a safer place than ever before. Tourism is on the rise and so is the economic activity, which highlights the country’s resolve to curb all forms of terrorism no matter the cost.

Twitter is flooded with messages of love and remembrance for all those who lost their lives to the evil of terrorism 5 years ago.

May we never have to go through this human tragedy ever again #APSPeshawar attack remembered each year with even more heart ache. May Allah give their families sabr (patience) and the innocent souls the highest in heavens.

5 years ago a horrific attack on #APSPeshawar took place killing many innocent lives and devastating their loved ones. My thoughts are with the families who lost their loved ones during this heinous act of terrorism.

5 years ago today,130 innocent students were mercilessly killed by terrorists.We mourned them then & we mourn them now.But we continue to fail them.#APSMartyrs deserve more than this & their families still await justice. We will not forgive & you all will be remembered always pic.twitter.com/r5X8ILcARW

5 years ago, this day became the darkest day in the history of Pakistan when the youngest coffins were lifted. As we observe the 5th Anniversary of #APSPeshawar Tragedy, we as a nation pledge to fight back every villainous coward acts of enemies. pic.twitter.com/J0vRQSSWvt

I have lost my 1 son Haris Nawaz Shaheed in #APSAttack AND @Ahmadnawazaps was seriously injured.
After this attack, many people asked me the secret and reason behind the strength.
This is the reason for my strength when you have such a strong and determined son. https://t.co/agKTyqooSL

A black day in Pakistan history when APS School innocent children's were targeted by the cruelest enemy#APSPeshawar pic.twitter.com/8RKsKrYpj4

16, Dec, 2014 – Pakistan witnessed its darkest and most terrifying moments.
. pic.twitter.com/mkRMw2WKwv

1. From adversity comes resolve. There may not have been an event as senseless as the #APSAttack in recent history.

But five years later, let us reflect, but let us also reaffirm the resolve to build a country that future generations can be safe in, and proud of. #BlackDay pic.twitter.com/Y8IxxFfmno

5 year has passed. But the memories are hauntingly clear and the emotions still raw and jagged#WeRememberAPSAngels#APSPeshawar pic.twitter.com/77yjpaDrkt

I was there! I picked up their bodies! It was the most difficult thing I had to do in all my life and I couldn't sleep for many nights afterwards! The smallest coffins are the heaviest indeed! We will never forget!#APSMartyrs #APSPeshawar #APSAttack #neverforget pic.twitter.com/pYdRYsMS79