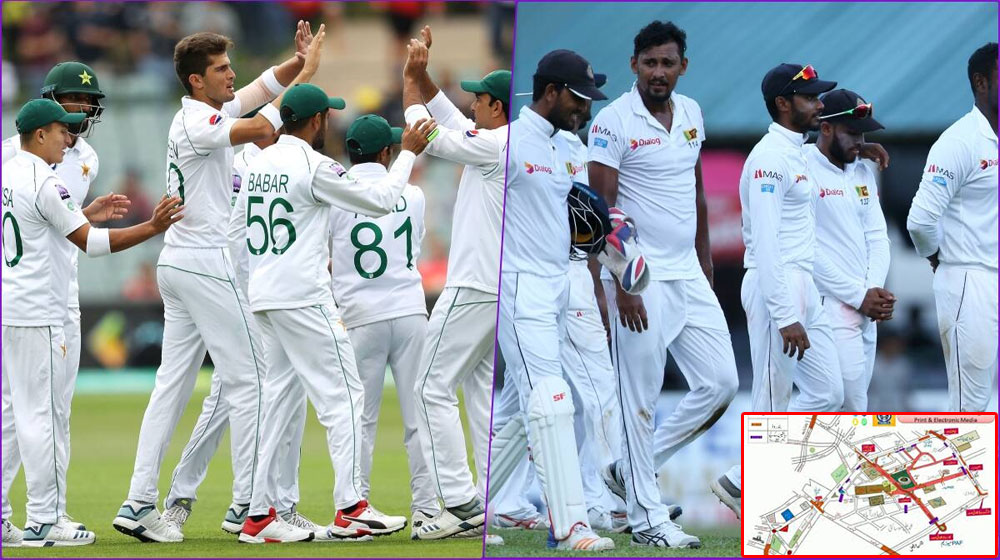 The Karachi traffic police has announced the traffic diversion plan for the second Test match between Pakistan and Sri Lanka, scheduled from December 19 to December 23, at the National Stadium Karachi.

The plan was finalized by the Traffic Deputy Inspector General (DIG), Javed Ali Mehar, in a meeting with his subordinates and other relevant authorities on Sunday.

The spectators will have to show their original ticket and CNICs to avail the parking facilities in the designated areas.

As per the plan, people traveling from District South through Shahrah-e-Faisal will take a turn to Shahrah-e-Quaideen to reach the University Road and park their vehicles at the Expo Centre Gate 1 and exit from the Gate 2 for the stadium.

Cricket enthusiasts coming from District Malir and Korangi will take Rashid Minhas Road from Shahrah-e-Faisal. From there, they will get to University Road from NIPA to reach the Expo Centre Gate 1.

Viewers from District Central and District West can reach Hasan Square through Liaquatabad No. 10. From there, they can take a left for University Road and take the first U-turn to reach the Expo Centre Gate 1.

All kinds of traffic coming from Karsaz will not be allowed to use the Stadium flyover for Hasan Square. The travelers can either take a left to towards the Aga Khan Hospital and New Town or right towards the Millennium Mall.

Vehicles coming from Liaquatbad No 10, Gharibabad will also not be permitted to use the Hassan Square Flyover towards the National Stadium. Traffic will be diverted to University Road through a ramp.

Sir Shah Suleman Road will be blocked for the traffic coming from the Aga Khan Hospital, Karsaz, or Dalmia Road for towards the Hassan Square Flyover. The commuters will be diverted towards Dalmia Road, leading to the Millennium Mall.

Meanwhile, the following roads will be open to the public:

However, no heavy traffic will be allowed to take Sohrab Goth for NIPA, Liaqatabad No. 10, Hassan Square, and from PP Chowrangi to University Road.

The city traffic police has asked commuters to dial their helpline Rahnuma-1915 for any guidance. Travelers can also approach the traffic police on WhatsApp No. 0305-9266907.