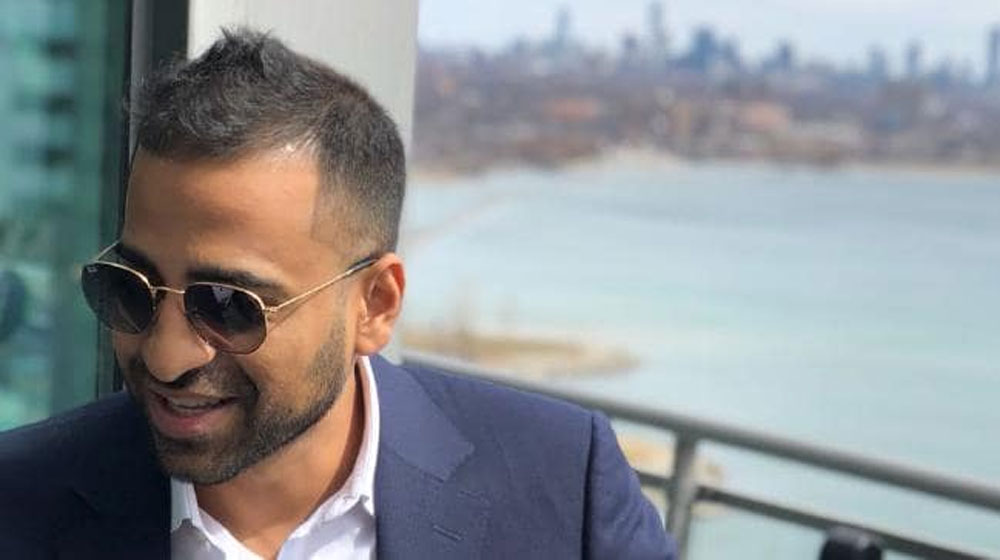 The famous saying proves true to this young Pakistani-origin Australian businessman who is the owner of two multimillion businesses in Australia.

Ahmed Haider, a university drop-out, was struggling at $7 per hour wages at a Pizza Hut shop, after university hours until ten years ago. Sometimes he had to do double shifts to afford university fees. That was when a surreal moment changed his life for good.

One day, one of Haider’s friend convinced him to attend an event on entrepreneurship. But, Haider was reluctant because he could not afford a $500 ticket. So, his friend paid for the ticket.

Arriving at the event hall early, Haider got to grab one of the front seats and there, he bumped into a guy who drove off into Ferrari.

He ended up walking to the front of the stage because he was one of the speakers who had built a company worth $300 million and he drove off in a Ferrari. He didn’t see me as a young student who knew nothing, he treated me like a colleague and said he couldn’t wait to see me on rich lists – and I thought maybe there was something there.

Motivated from the event, Haider began to attend more of such events which strengthened the entrepreneurial instincts in him.

It was a very surreal point in time but I was so motivated, I started hustling on the side and any spare time I had I’d start thinking about problems I faced on an everyday basis and how a business could solve them.

He began to think of a possible startup idea – scrutinizing every problem and annoyance faced by the students, and soon they thought of one – university textbooks.

It was horrible – you had to line up for two hours at the local Co-op Bookshop, pay overly exorbitant prices only to sometimes be told it was out of stock… So I started to look at the education business as a whole and how to solve student services which were a universal problem.

He was just 25 and in the first year of the university. The startup did just good to make ends meet, but it didn’t thrive until Haider secured a US$1.2 million investment from Silicon Valley to scale-up his business. He dropped the university, working 17 hours a day, seven days a week to get it through.

Then in 2014, he launched another startup, a drone delivery service called ‘Flirtey.’ The two businesses combined are now worth more than $250 million.

Once a Pizza Hut daily-wage worker, Haider is now a bona fide businessman. For his achievements, he was named in the Forbes’ 30 Under 30 Asia: Consumer Tech list in 2016.