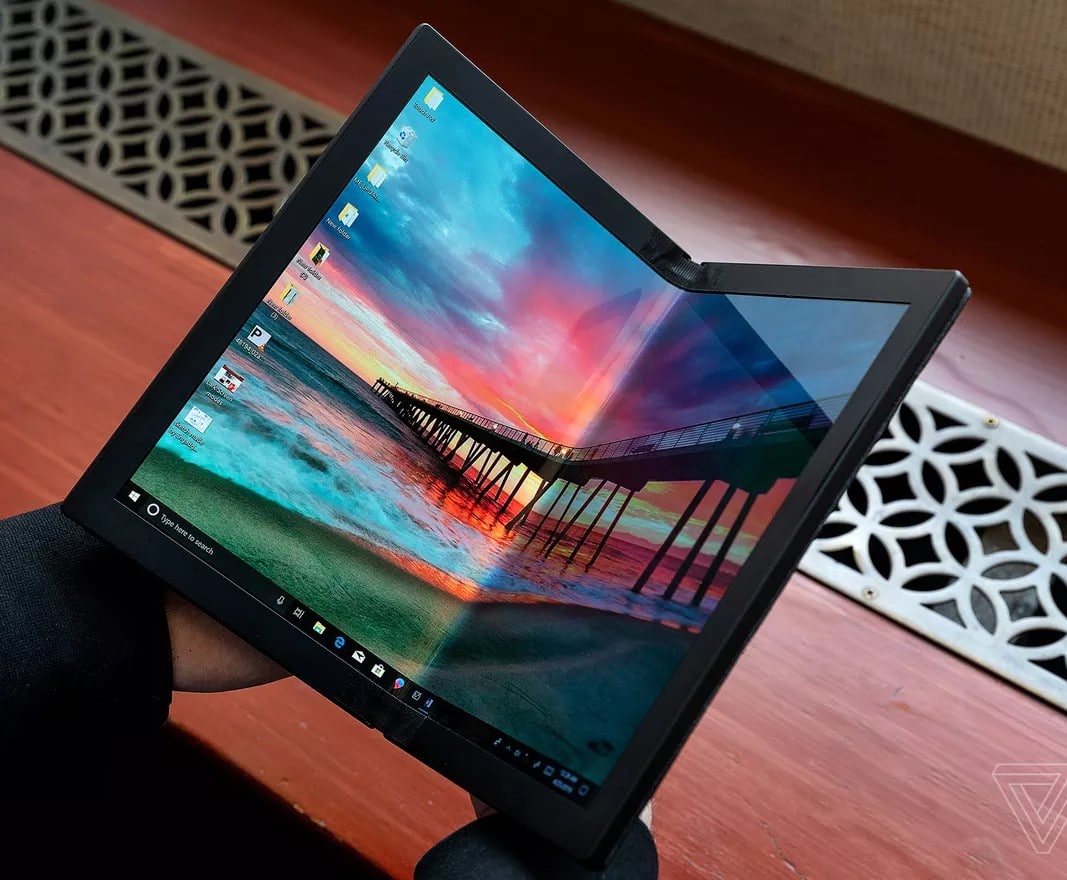 Last year, Lenovo showcased the world’s first foldable PC – a concept OLED tablet that folded up like a book or a small laptop and at this year’s CES, they have announced that they are going to sell it as a commercial product. It’s called the ThinkPad X1 Fold.

Hardware-wise, not much has changed when compared to the prototype, aside from a Windows Hello-compatible camera. It still has the classy leather exterior that slides back and forth as the hinge unfolds. In terms of the display, it boasts a 13.3-inch 4:3 OLED panel and a resolution of 2048 x 1536.

.@Lenovo just announced its first foldable laptop and I am actually digging it? Foldables are a weird category but make sense in this space IMO.

The X1 Fold runs Windows 10 Pro and in terms of the customization, there is a taskbar icon that brings up a pop-up menu through which you can move between a single full-screen view or a dual-screen mode using which you can pin an app to each half of the display.

Meanwhile, in the portrait mode, there is an option to use an on-screen keyboard at the bottom, which allows the user to fold the display up at an angle and use it like a laptop. It comes with a Bluetooth keyboard that magnetically latches onto the bottom half.

Aside from all of this, much isn’t known about the laptop side of things, according to Lenovo it will run a new Intel component that uses “hybrid technology” and alluded that Intel may have more information to share at CES later this week. Lenovo has said that it has 11 hours’ worth of battery life, meaning it is highly unlikely to be a processing powerhouse given its lithe nature.

We will have to wait for more information to come out but for now, we know that it will run Windows 10 Pro and will ship in mid-2020, the price starts at $2,499.