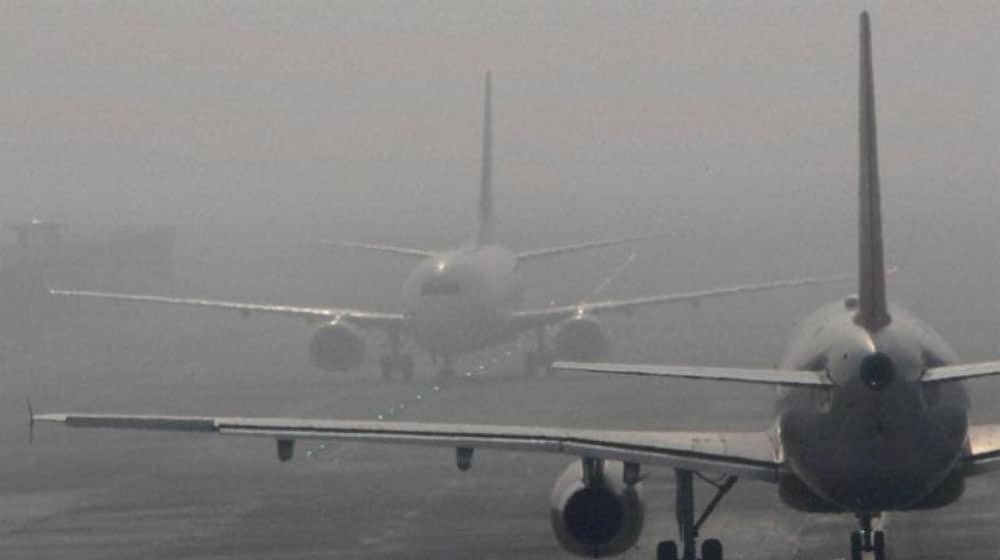 Several flights have been delayed, rescheduled, or canceled at several airports due to prevalent fog and scattered rains across the country.

As per the Civil Aviation Authority (CAA) officials, flight schedules at the airports in Lahore, Sialkot, Multan, and Faisalabad have been severely affected due to adverse weather conditions.

PK-730, Pakistan International Airlines’ (PIA) Multan-bound flight coming from Riyadh landed at Karachi airport last night due to fog. The flight was only allowed to take off Thursday morning after receiving weather clearance.

PIA Reschedules Its Flights for the Fifth Consecutive Day

The PIA spokesperson, Mashood Tajwar, said that the passengers of PK-730 were facilitated at the airport and PIA requested the intending flyers to contact at the airline’s call center regarding the flight timings before leaving for the airport.

Moreover, passengers of a Dubai-bound flight held a protest at the New Islamabad International Airport after their flight was delayed by several hours.

The protest also delayed the departure of other international flights as the passengers, gathered around the CAA counters, halted the boarding process. The Airport Security Force (ASF) was called in to control the situation.

The protesters demanded the authorities to either accommodate them in hotels or allow the flight to take off.

The situation is expected to persist for the next 24 hours as well with Met Department expecting foggy weather in the south and central Punjab and upper Sindh during night and morning.