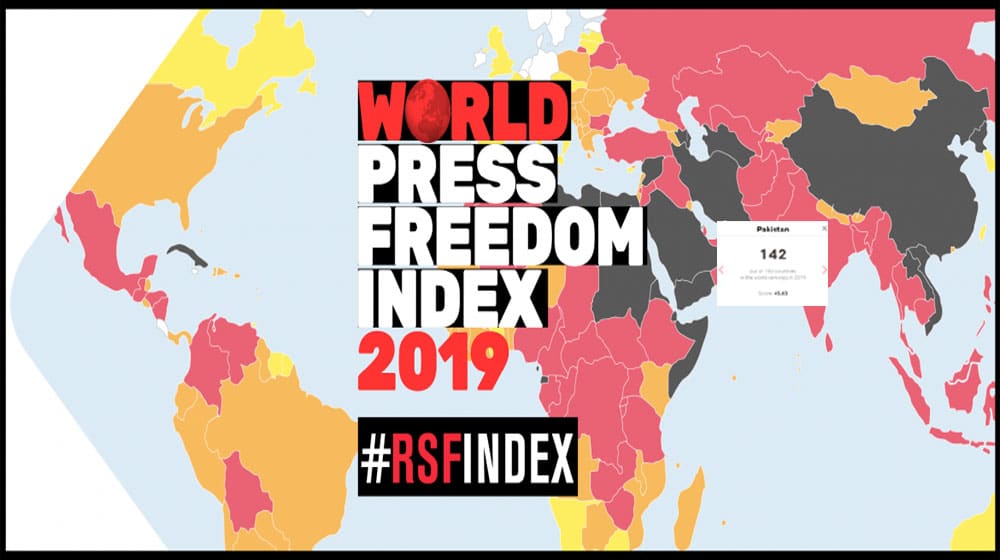 The agency has cited alleged media curbs on the country’s print and electronic media, especially during the 2018’s general elections.

The military “establishment,” which opposes independent journalism, stepped up its harassment of the media significantly in the run-up to the July 2018 general elections. There were many cases of brazen censorship in which the military exercised pressure on the media.

The ranking is still much improved when compared to 2013 when Pakistan was ranked at 159th.

Here is a yearly ranking breakdown since 2013:

With a marginally improved global score of 45.75, India is sitting two places above Pakistan at 140th spot.

Even the champion countries of democracy and the freedom of expression have failed to make it to the top ten, with the United Kingdom on the 33rd and the United States reeling at the 48th position. All the top five countries are European; Norway, Finland, Sweden, Netherlands, and Denmark.