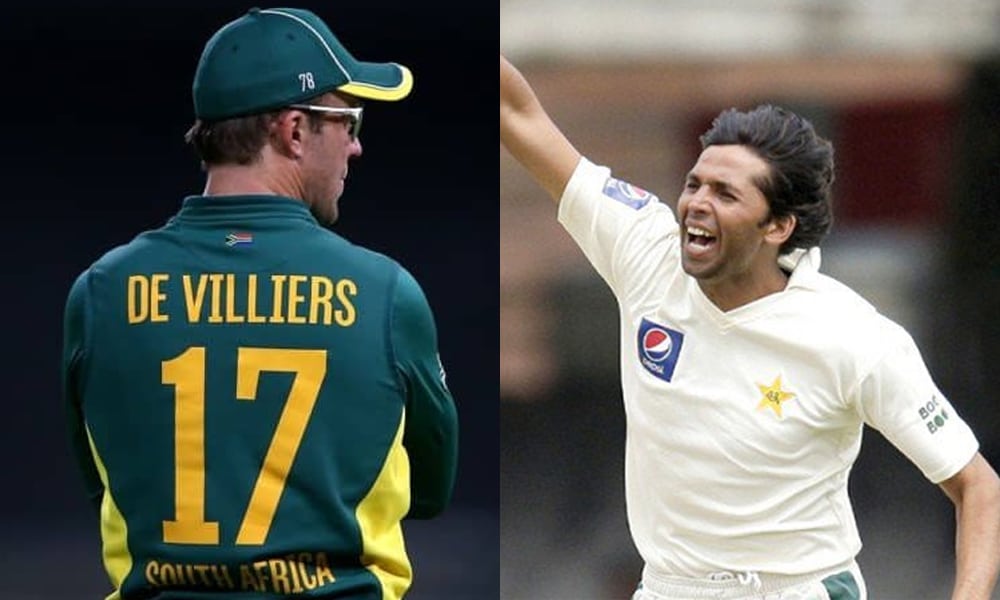 AB de Villiers, who is a renowned legend of the modern cricket era, has named Mohammad Asif as one of the best bowlers he ever faced during his international career.

Speaking to cricket.com.au, the 35-year-old named the best bowlers:

Some seam bowlers, Mohammad Asif from Pakistan, he’s very similar to Hazlewood once again, and Hazlewood also makes in the list and Pat Cummins as well. Obviously, Warnie [Warne], purely intimidation factor, I think he was a good bowler, but he wasn’t unplayable. I always felt comfortable and saw the ball nicely, felt good on the bat, but between him and Gilly [Adam Gilchrist] behind the stumps, it was really intimidating for a 22-year-old to find his feet.

The South African spoke about Stuard Broad of England and praised him as well.

I think Broady, Stuart Broad. Broad has come to the party in the last five years. I didn’t rate him early on, but he’s become a really good bowler. He’s sort of got my number over the last couple of series we’ve played. I’ve had these numbers a few times as well, so it’s not just the one-sided thing luckily.

AB de Villiers is not the first South African to come out and praise Mohammad Asif. Previously, Hashim Amla also named Asif as one of the most difficult bowlers he ever faced. He said:

Mohammad Asif is the best one, I know he got banned for spot-fixing but at that stage, he was the best fast bowler I had faced. I played against Asif in South Africa and played against him in Pakistan in 2007 and if he landed the ball on the fourth stump, I did not know if it was nipping away or nipping in, it tested your defense really to the maximum.

Funnily enough, as years have gone by, meeting other cricketers from around the world and chatting with them, many of the guys have said the same thing. Mohammad Asif was a magician with the ball.