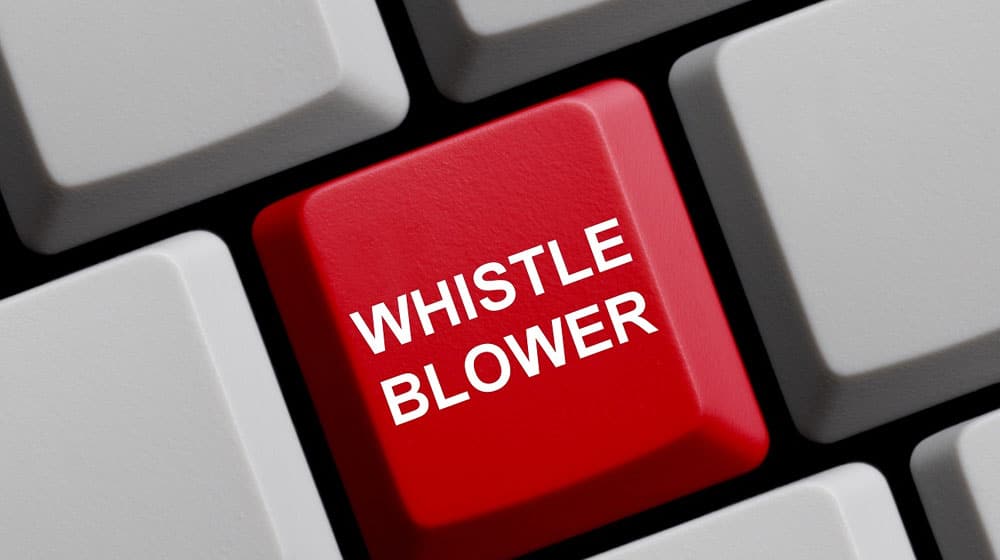 Though Prime Minister Imran Khan fancies the idea of whistle-blowers in the government to help him curb the menace of corruption, the ministries under him don’t seem to agree.

A leading English daily has reported, citing its sources, that the Ministry of National Health Services (NHS) has sacked a grade-18 officer who had exposed alleged corruption in the ministry on media.

The officer claims that no procedure was followed in his sacking as he was terminated without being questioned about the claims he made on TV.

But, the ministry spokesperson said that they followed legal procedures.

The newspaper quoted an inside source saying that Dr. Obaid Ali, the deputy director Drug Regulatory Authority of Pakistan (DRAP), was suspended for exposing that the ministry had allowed experimentation of an international pharmaceutical company’s typhoid vaccine on Pakistani children.

He had stated that on his official letterhead, saying that the country’s children were being treated as guinea pigs.

The ministry maintains that he was suspended for being absent from duty without information.

As per his termination letter, Dr. Ali was granted 20 days ex-Pakistan leave from Sept 26, 2018. During the leave, he was posted to the Pharmacy Service Division of DRAP, but he never showed up. An explanation letter was issued, but he did not reply.

Accused of speaking against the department’s policies and official matters on media instead of doing his job.

Dr. Ali told the newspaper that he has filed a case against a former DRAP CEO in Islamabad High Court (IHC).

The official maintains that he could not join the office because the ministry had submitted a letter to the court stating that he was suspended. He mentioned that he wrote several letters to the department, but none was answered.

According to rules, the ministry had to publish my picture in newspapers stating that I am missing and should join duty, but it was not followed.

However, the current DRAP CEO Dr. Asim Rauf said that the department followed due procedure before making the decision.