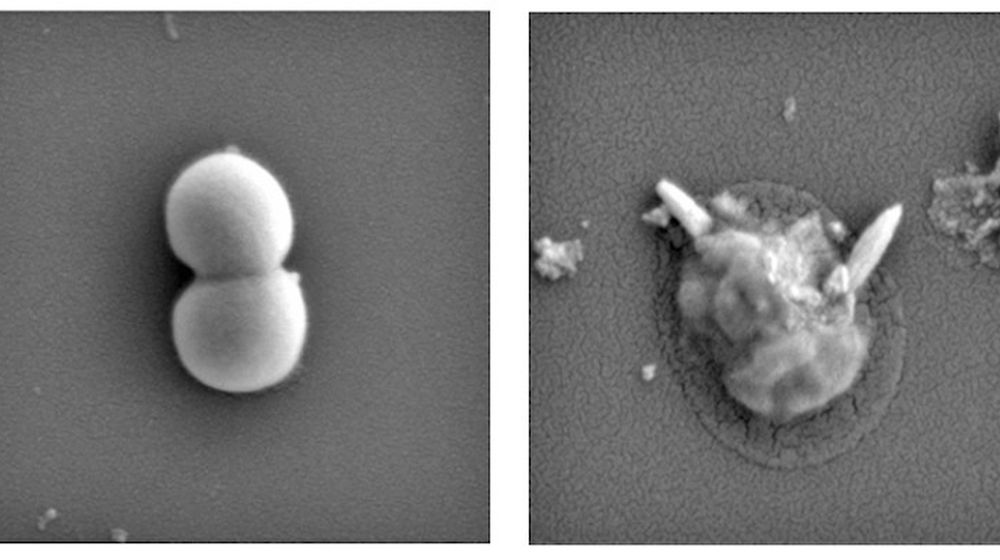 Bacteria are increasingly becoming more resistant to drugs which paints a gloomy picture when it comes to the effectiveness of antibiotics, essentially meaning that even minor infections could become lethal in the future as bacteria continue to evolve.

Researchers at RMIT in Australia, however, have found a way to kill these drug-resistant bacteria. Instead of using chemicals, they opted to develop something which would physically attack the bugs. The bacteria could develop resistance to any or all drugs, however, they can’t ward off something that would shred them to pieces.

Aaron Elbourne, an author of the study, believes that these precision-engineered liquid metals can end the debate of bacterial resistance to antibiotics.

Bacteria are incredibly adaptable and over time they develop defenses to the chemicals used in antibiotics, but they have no way of dealing with a physical attack.

The team of researchers used magnetic, liquid metal nanoparticles that develop pointy edges when exposed to low-intensity magnetic field thereby puncturing the biofilms and cell walls. Bacteria usually use biofilms, the sturdy and sticky substance, to shield themselves from drugs.

The solution works with great efficiency, killing both the types of bacteria, gram-positive and gram-negative, without damaging human cells. In the tests, it took one and a half hours to destroy the biofilms and kill 99% of the bacteria.

While the technology is in early stages – pre-clinical animal trials – in time, it could be used to cure cancer, fungal infections, cholesterol plaques. It could also serve as a spray coating for medical implants and instruments to keep them sterile, researchers believe.