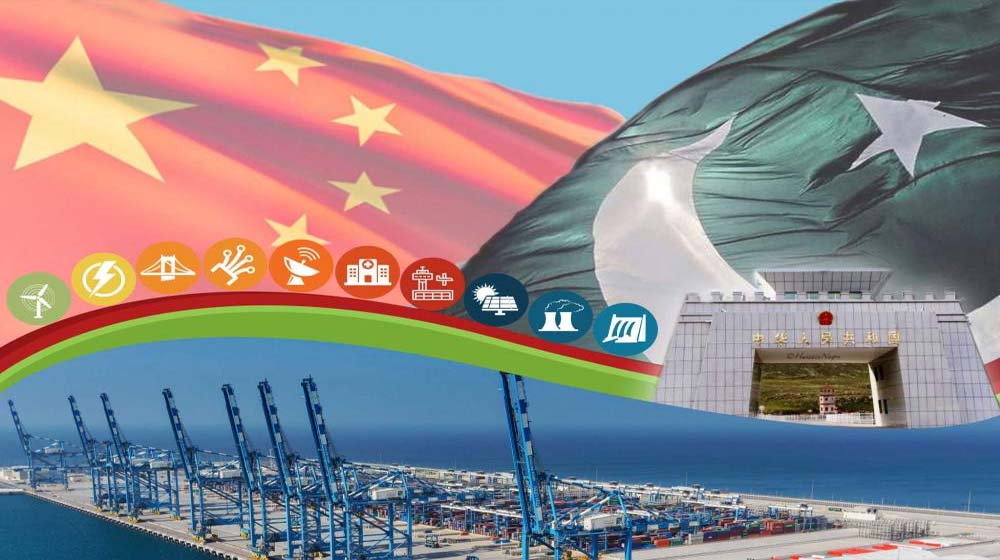 The Chinese Embassy in Pakistan has categorically rejected the senior US diplomat Alice Wells’ negative rhetoric against China Pakistan Economic Corridor (CPEC), call it a pack of lies.

Ambassador Wells, who was on a four-day visit to Pakistan, told a select gathering that CPEC projects lacked transparency and suffered from corruption.

She claimed that there is no transparency in CPEC projects and Pakistan’s debt burden is growing due to the Chinese financing.

“Despite repeated rejections, the US side still ignores the facts and is obsessed with the story is made for the CPEC,” according to a press release issued by the Chinese embassy.

Although you can never wake up a person who is pretending to be asleep, we have to make our position clear and reject the negative propaganda by the US. We must not let the truth be distorted and the lies run wild.

The US ambassador also touched on the cost escalation in the railways ML-1 upgrade project and said the Chinese companies joining CPEC were in World Bank’s blacklist. ”We would be more than glad to see the US develop its relationship with Pakistan, but we strongly oppose the US interferes into China-Pakistan relations and the CPEC,” the press release added.

It said that the US held the stick of sanctions all over the world, blacklisting this and that country but not for the global economy, these are just ways to serve its own political purpose.

We also want to advise the US that when you accuse China-Pakistan relations, you should first look back on what have you done to Pakistan, and think about how much contribution have you make for Pakistan. Did Ms. Wales bring any aid, investment or trade for Pakistan during her visit? If the US truly cares about the development and prosperity of Pakistan and this region, it should bring cash and funds, promote win-win cooperation on the basis of mutual respect, fairness, and justice, rather than act as a world policeman, spreading rumors and provoking China-Pakistan relations.

The press release further stated that China-Pakistan ties are rock-solid and unbreakable and China will continue to work with the Pakistani government and the people to steadily advance BRI and CPEC to promote regional peace and development.

It said that the 32 early-harvest CPEC projects completed over the past five years have significantly improved local transportation infrastructure and power supply, created over 75,000 jobs directly and contributed one to two percent of the GDP growth in Pakistan. It shows that the CPEC is playing an important role in boosting Pakistan’s socio-economic development and improving people’s livelihood, the embassy added.

Whether the CPEC works, the answer should be given by the Pakistani people rather than the US. Under the CPEC, during its planning or implementation, every project is equally discussed, carefully studied and jointly implemented by both China and Pakistan. The Chinese government always requests the Chinese companies to operate according to local laws and regulations. All Chinese companies joining the CPEC enjoy an international reputation. All projects strictly follow the market-oriented and internationally accepted business model, adopt state of the art technology and strict environmental protection standards. The entire process is open and transparent and is in line with international norms. We keep in touch with the relative accountability agencies of Pakistan and it is agreed that the CPEC is clean.

Regarding the so-called debt issue, according to statistics from the State Bank of Pakistan, the total foreign debt of Pakistan is $110 billion. In fact, international financial institutions including the Paris Club and International Monetary Fund (IMF) are the largest creditors of Pakistan.

CPEC’s share is about $5.8 billion or 5.3 percent of the total foreign debt, accounting for 5.3% of Pakistan’s total foreign debt, with a repayment period of 20-25 years and an interest rate of approximately 2%. Its repayments will start in 2021, with annual repayments of about $300 million, which will not be a burden to Pakistan.

Moreover, China has never forced other countries to pay debts, and will not make unreasonable demands on Pakistan, said the statement.

The US keeps fabricating the so-called debt story, their mathematics is bad, and their intention is worse. As to the cost of the ML-1 project, we have said many times.

“As the project has not yet been approved, the amounts of the project will be adjusted according to the actual condition and the needs of Pakistan. After finalizing the design of the project, we would initiate bidding in accordance with international practice. This is a completely normal business practice,” the embassy added.