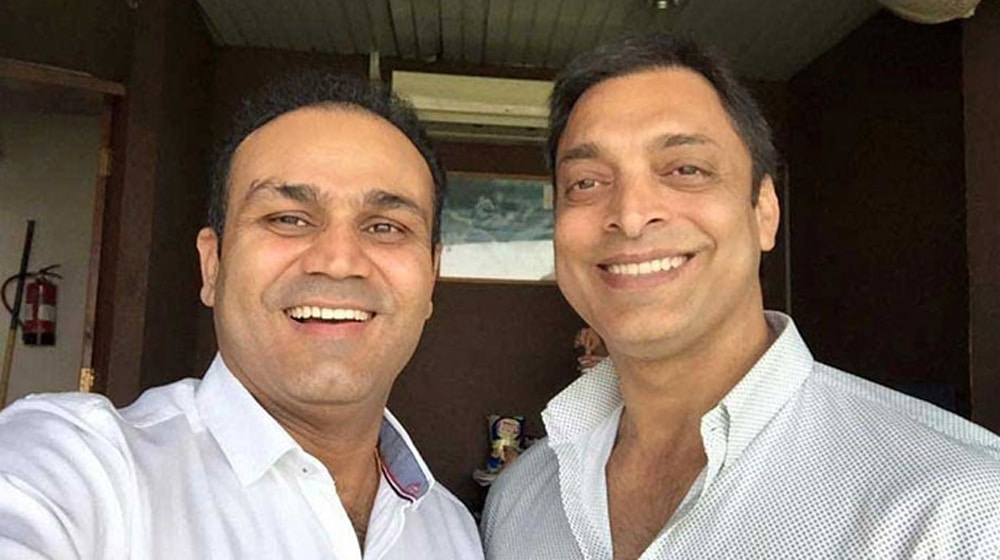 Speaking about the controversy, Akhtar said:

There’s a video that has gone viral, it’s an old video of my friend Sehwag. Sehwag, you know, is a casual guy and speaks in a non-serious manner. But he did say that I praise India because it makes quick money.

However, the pacer was quick to dismiss this as a joke and went on to take a friendly dig at Sehwag as well.

Sehwag is a great friend of mine. He said these words in a light-heartened way but people were quick to take things out of context. I mean, I have more money than he has hair on his head.

The Rawalpindi express further claimed that everybody is too quick to take the words from across the border in a negative context and that should not be the case.

I have fans across the world, not just in India. That’s why I have the fastest growing YouTube channel. It does not mean that I’m looking to make money if I compliment them. Ramiz Raja and Rashid Latif say good things about India as well.

“I do think that there is a factor of jealousy. I have been targeted time and again. We are already politically divided but now people want to divide cricket as well,” he added.