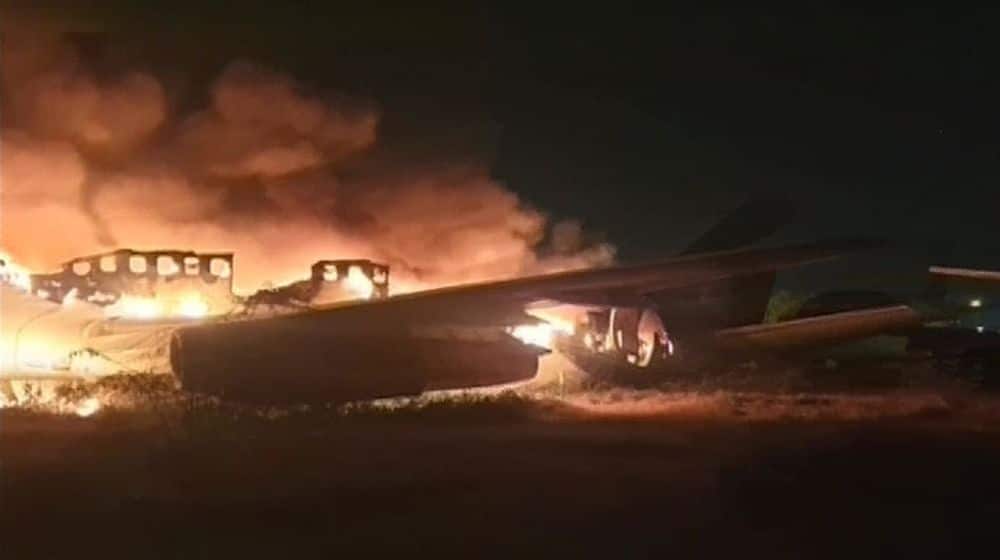 Preliminary reports suggest that it was set on fire intentionally, however, the Civil Aviation Authority (CAA) has formed a 6-member committee headed by Additional Director Toufiq Sheikh to probe the incident.

Other members of the fact-finding committee include:

The committee will submit its findings, including the causes of fire, the quantum of damage and suggestions to avoid such incidents, to Director General CAA before 30th January.

The grounded Boeing 737-200 was acquired by Shaheen Air in 2010 after it served in Air France, Air Sicilia and Nationwide Airlines.

The incident took place near the airport’s Labour Gate on Sunday night following which the fire tenders put out the fire. No human life was lost in the fire.

It is pertinent to mention that the Airport Security Force (ASF) had repeatedly requested the CAA to remove grounded planes from Jinnah International Airport. Shaheen Air alone has 12 planes grounded at the airport.