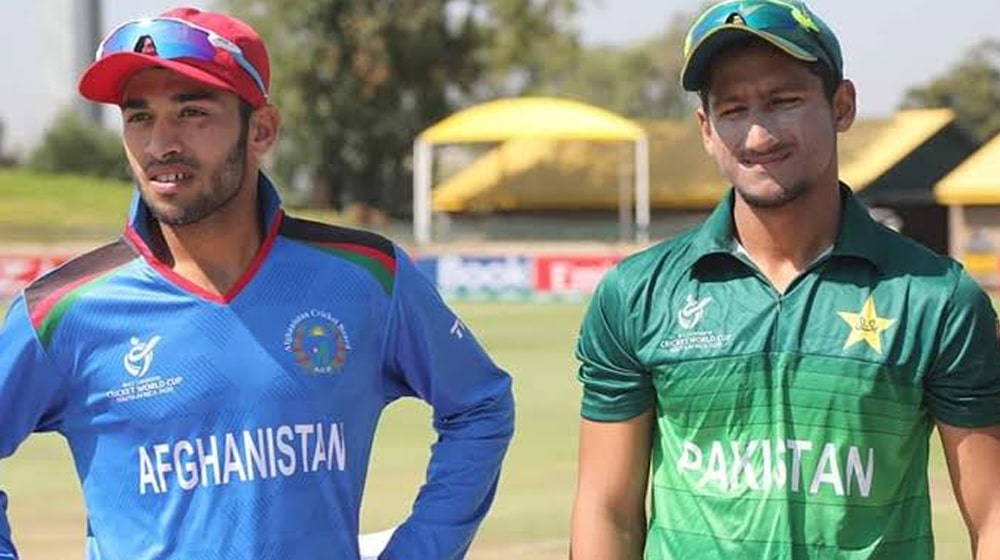 Pakistan U-19 team has managed to dismantle the Afghanistan lineup and removed them for 190 runs in the 4th quarterfinal.

Pakistan, unphased by the stage, put up a superb bowling display and wrapped up the opposition for just 190 runs after XYZ overs.

Mohammad Amir Khan picked up 3 wickets, Fahad Munir with 2, and all the rest of the four bowlers shared a wicket each which included efforts from Tahir Hussain, Abbas Afridi, Amir Ali, Qasim Akram.

Pakistan went with the following team for the match:

It is worth mentioning that India, New Zealand and Bangladesh have already qualified for the semi-final of the U-19 World Cup. If Pakistan ends up winning this match, they will face India in the semi-final.