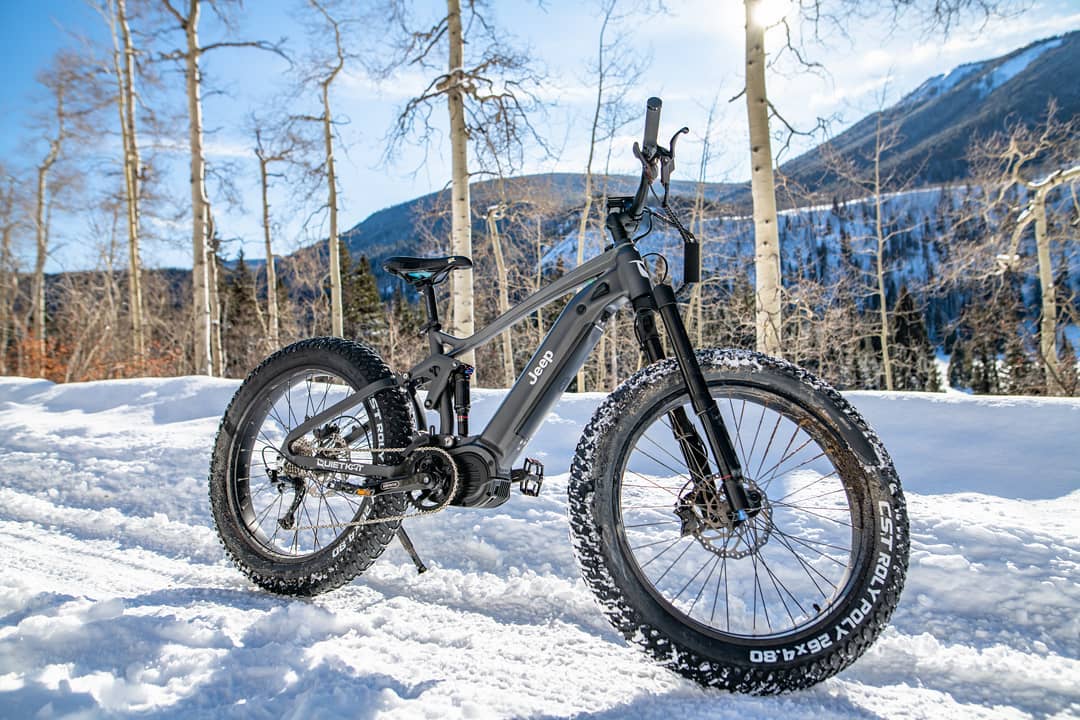 During the recently concluded Super Bowl, Jeep, the American carmaker, unveiled an ad showcasing its Gladiator pickup and interestingly the ad had something else as well, Jeep’s next electric vehicle.

As per the ad, the vehicle is an e-bile and is rumored to have one of the biggest-torque electric motors for a bicycle in the market. The ad was shared by QuieKat, a US-based electric bicycle distributor and this could be an indication that they are working with Jeep to develop the new e-bike.

QuieKat has uploaded snippets of information about the bike on their website. It will be capable of off-roading and will be fitted with extra-wide 4.8-inch fat tires. On a single charge, it will be able to run 64km and is reportedly fitted with a motor built by Chinese company Bafang.

According to the information available, the e-bike will have 4-piston Tektro Dorado hydraulic disc brakes and RockShox rear suspension and inverted front suspension fork. The e-bike will be launched later this year in June 2020.