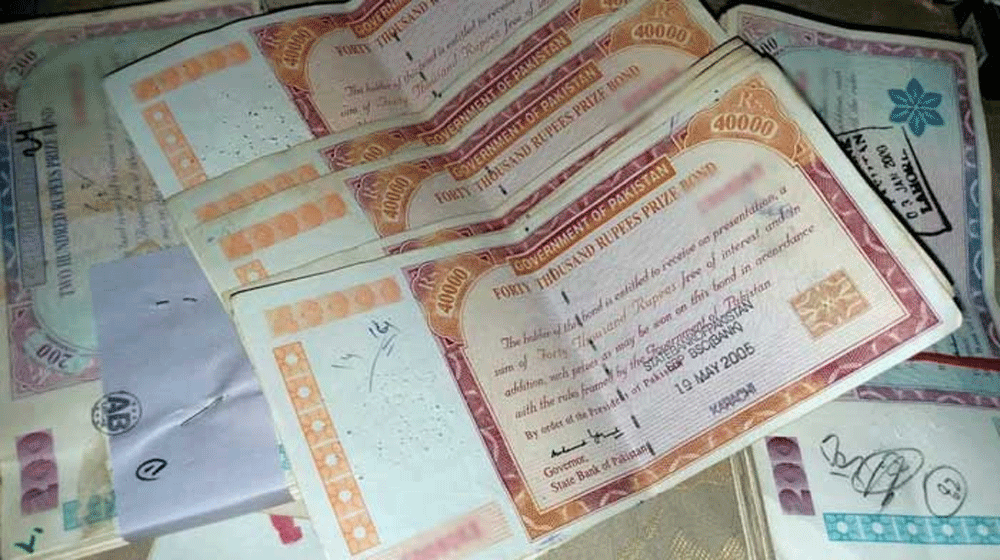 With just less than two months remaining in the expiry date for the encashment of Rs.40,000 prize bonds, the denomination surged by 203.77 percent (year-on-year) in December 2019.

According to the statistics released by Central Directorate of National Savings (CDNS) the investment in registered Rs. 40,000 prize bonds increased to Rs. 17.71 billion in December 2019, compared to Rs. 5.83 billion in the same month last year, registering a growth of over 203 percent.

People Are Giving Only 5 to 10% of Tax Voluntarily: FBR Chairman

In order to document the economy, the previous government had launched premium prize bonds in April 2017. These prize bonds are being issued only against CNIC (Computerised National Identity Card) with valid bank accounts.

A massive withdrawal of investment has been seen in the bearer instrument as the total investment, which was at Rs. 258 billion in May 2019, reduced to Rs. 14.54 billion by December 2019.

The total investment into the saving certificates increased to Rs. 2.43 trillion in December 2019 as compared with Rs. 1.92 trillion in the same month a year ago.

The bondholders had been given the option of either replacing their bonds with Special Savings Certificates (SSC) or Defence Saving Certificates (DSC), premium prize bonds through State Bank of Pakistan (SBP) field offices or National Bank of Pakistan, United Bank, Habib Bank, Bank Alfalah Ltd, and Allied Bank or encash them at face value.

The ministry of finance had notified National Savings Schemes (AML and CFT) Rules, 2019. Under these rules, the CDNS, will conduct a Know Your Customer (KYC) and Customers Due Diligence (CDD) of all existing and new investors.

Finance Division maintained that CDNS is committed to mitigating to improve customer service delivery and comply with the FATF recommendations to safeguard the investors’ interests.

Banks under the supervision of SBP have already put in place all the required systems and KYCs (Know Your Customers) processes to comply with the FATF recommendations. All these screenings are meant to stop any ill-gotten money to become part of the financial system and to safeguard the investors from the menace of Money Laundering and Terrorist Financing.