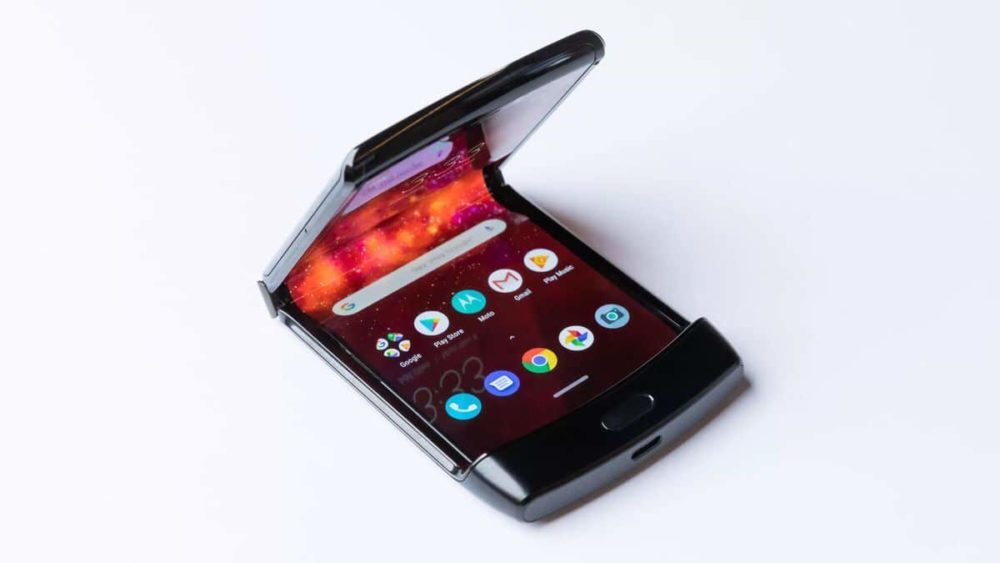 PBKreviews, an educational review channel of YouTube, recently uploaded a full teardown video of the 2019-launched Motorola Razr. Where the video shows the high-level engineering that went into the design, it also reveals that the Smartphone is virtually impossible to repair.

The reviewer starts by loosening up the plastic back and then moves on to heating up the lower half of the phone to cut it lose. It then comes off with the fingerprint sensor.

The lower antenna is connected via four T4 screws that need to be removed to detach it. Once unscrewed, the antenna and loudspeaker are released. Following this, the reviewer takes out the battery that comes with a connector held by a plastic bracket. The battery is fixed in place with an adhesive. At this point, he removes a panel to reveal the motherboard. Mind you, we are still digging around the back and are not even close to the hinge mechanism.

The phone is reassembled at the end of the video, but it certainly shows how complex the assembly of this folding smartphone is. In order to access the internals, the rear and front panels have to be removed using a heat gun. A lot of small parts have been crammed up in the space which makes it quite difficult to service.

This may have been the only practical way of making a foldable smartphone since the technology is still in its early stages, repairability should not be a concern for buyers.