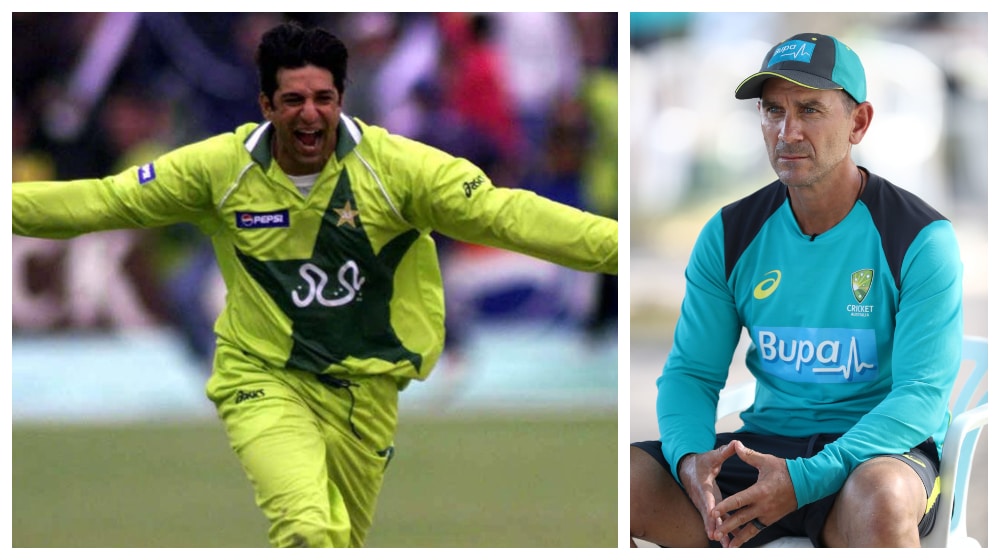 It was a sight to behold when the legendary fast bowler, Wasim Akram, started running from his mark with a Kookaburra in his hand on Sunday.

It wasn’t anywhere close to what he used to do in his playing days. His figures were irrelevant, his lines and lengths were not that great, but cricket fans were glued to their television sets to get a glimpse of that iconic bowling action. Any cricket fan would give everything to watch him bowl as he used to when he was at his peak.

Seeing Akram bowl, the Australian coach, Justin Langer, didn’t stop himself from praising the legend. The two were playing for Ponting XI when Langer called him the greatest fast bowler to have graced the game.

Wasim Akram was the greatest fast bowler I ever faced, the second best was Courtney Walsh. To be facing Courtney, still, at the age of 50 he’s giving me nightmares.

"He's still giving me nightmares" – some gold from Justin Langer, who resumed rivalries with the great Courtney Walsh today at the Bushfire Appeal… and lost! pic.twitter.com/cytyZYk648

He went on to call them ‘two gentlemen of the game and absolute legends of the game’ and expressed his delight to be playing alongside them for a noble cause.

The match which Ponting XI won by just 1 run raised $7.7 million for those affected in Australia’s raging bushfires.

Who is the greatest fast bowler in the history of the game? Let us know your picks in the comment section.