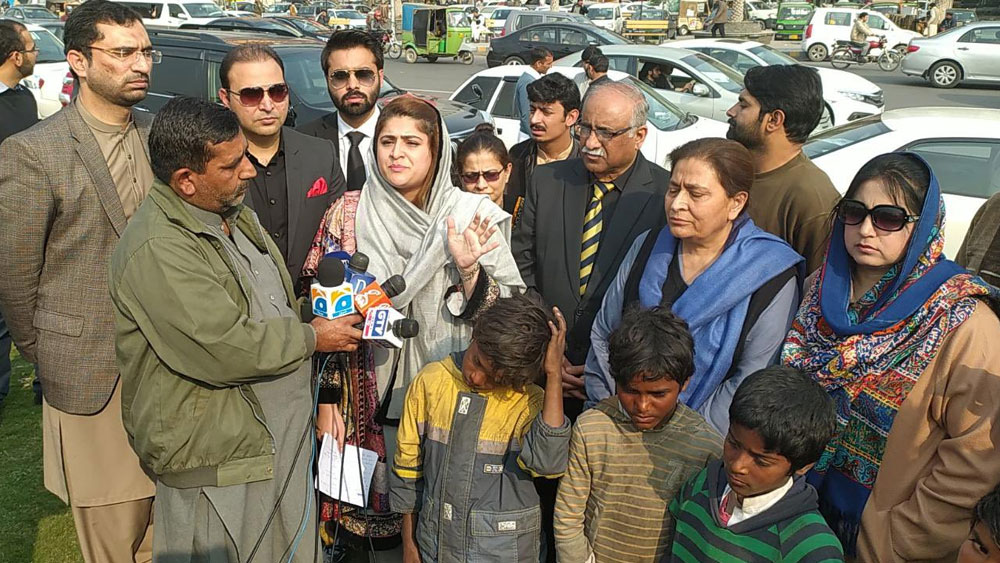 The Punjab government has launched a campaign to deal with child beggars, in a bid to stem out beggary in the province.

The Child Protection and Welfare Bureau (CPWB) remained active on Tuesday, collecting over 200 children begging on the main roads and streets of the major cities.

Chairperson CPWB, Sarah Ahmed, addressed a brief press conference in Lahore, informing the bureau that over 220 children from 8 districts have been taken into custody and shifted to the child rehab centers where they will spend a month.

We will approach their parents and register FIRs against them. They will be dealt as per the law which suggests three months to five years in jail.

She said that these children will be sent back to their families after they were assured that they will not be forced to beg on the streets again.

Give us a Child Beggar and save the future Generation.
Rescue a child seen begging on the streets! Help the team of Child Protection Bureau reconstruct their childhood for a chance at a better future.#CPWB #ChildBeggar #punjab pic.twitter.com/NbqaZN6iud

Responding to a question, Sarah Ahmed said that taking action against the mafia is not her job, but she is ready to cooperate with the police in this regard.

It should be mentioned here that the Lahore Police had also launched a crackdown against professional beggars last month and had arrested 42 beggars for violating the Beggars Act.