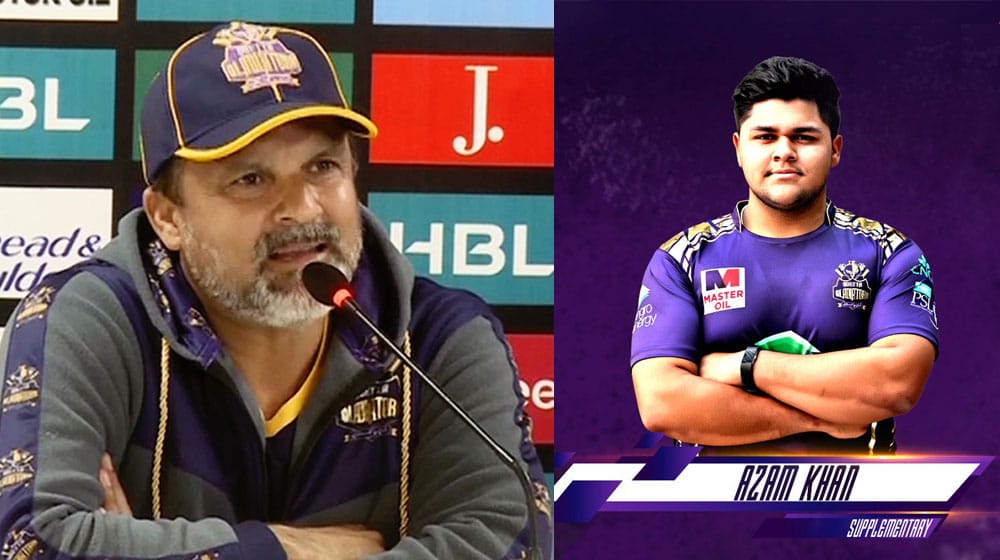 With Pakistan Super League (PSL) kicking off tomorrow in Karachi, all franchises are finalizing their preparations.

While players are gearing up for the mega tournament, the coaches are also working hard to come up with the best combinations possible, identifying their impact players for the season.

Head coach for Quetta Gladiators, Moin Khan, has picked his son, Azam Khan, along with teenage pacers, Mohammad Hasnain and Naseem Shah, as his trump cards for PSL 5.

According to him, Azam Khan has the potential to turn the game on its head with his hard-hitting abilities.

Azam is a talented player; he is a big-hitter and has tremendous potential. The way he is practicing and working hard on the game, he can make a big impact when he gets the opportunity to play.

Azam’s List-A average is 13.25, and he has appeared in only one domestic match since November 2018, which was a PSL game against Islamabad United last year.

5 Youngsters to Look Out For in PSL 5

For those haven’t seen Azam Khan batting, here is a video:

Hasnain and Naseem have both tasted success at the international level and their pace will be vital to our plans as they can rattle the opposition batsmen.

Note that Gladiators will face Islamabad United in the opening game of the PSL 2020 tomorrow at Karachi’s National Stadium.