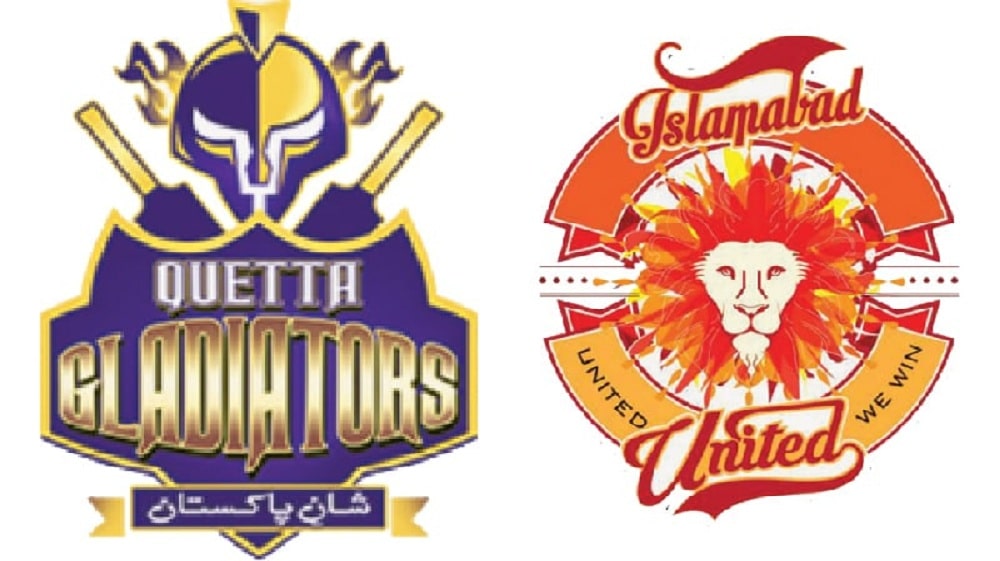 Islamabad United and Quetta Gladiators have released their official anthems for this year’s Pakistan Super League (PSL) ahead of the opening ceremony later today.

Each year, PSL franchises release their official anthems before the tournament to increase engagement with their fans.

‘Soch, The Band’ has produced, composed, sung, and directed the United’s anthem. Whereas, the lyrics of ‘Rang Jeet Ka Laal Hai’ are from Asim Raza.

‘Shaan-e-Pakistan Hain Hum’, Quetta’s official anthem for PSL 5, has also been released. The franchise shared the video in a Twitter post.

Harris Jalil Mir and Hasan Bin Hisam have written and sung the official anthem of Quetta Gladiators. RISE Studios, Nasir Hussain, and Ahsan Raza have produced the song while NoCopyrightSounds (NCS) has composed its music.

Both Islamabad United and Quetta Gladiators are set to take on each other in the opening match later today at the National Stadium, Karachi.

The opening ceremony of this year’s PSL is just hours away. Follow PSL 2020 here.