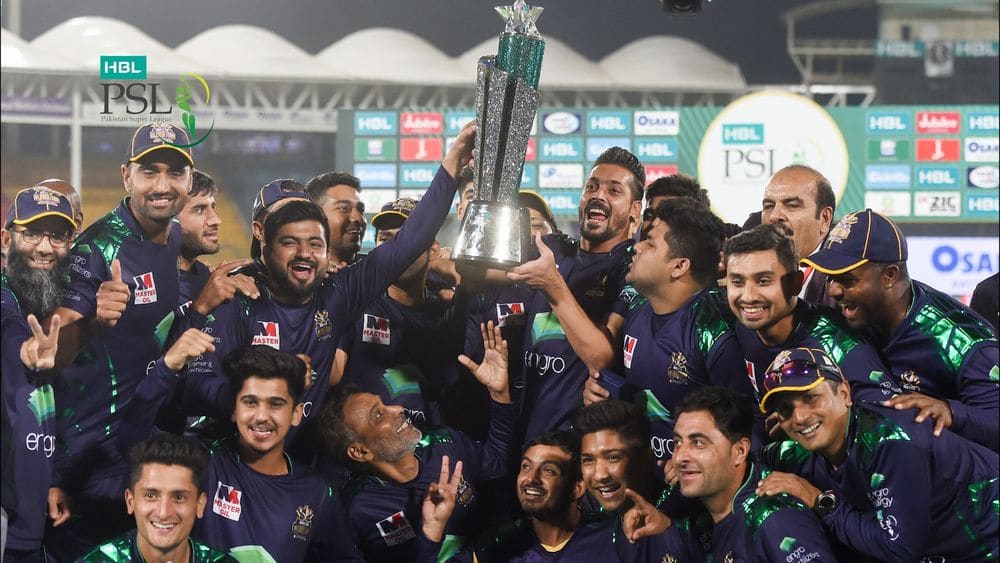 Having won the 4th edition of the tournament, the defending champions, Quetta Gladiators, will be looking to continue their golden run in the Pakistan Super League (PSL) this year as well. For your convenience, we have compiled Quetta Gladiators’ complete schedule and squad for the 5th edition of PSL.

Although they have suffered a blow in the form of Umar Akmal’s ban due to breach of PCB’s anti-corruption code of conduct, Gladiators still have one of the strongest teams. Their top order is particularly destructive with the likes of Jason Roy, Ahmad Shahzad, and Shane Watson and a strong bowling unit led by teenage pacers, Naseem Shah and Mohammad Hasnain.

Here’s the list of matches that Quetta Gladiators will play at each venue. Since the Gladiators don’t have a home ground this season, they will play most of their matches at National Stadium Karachi.

Like previous editions, the Sarfaraz-led franchise has yet again compiled a very balanced squad. Hard-hitting batsmen and lethal pacers, combined with the leadership qualities of Sarfaraz Ahmed, will provide Quetta a good chance to defend the title.

The opening match is scheduled between Quetta Gladiators and Islamabad United on 20th February 2020 at National Stadium Karachi after a glamorous opening ceremony.