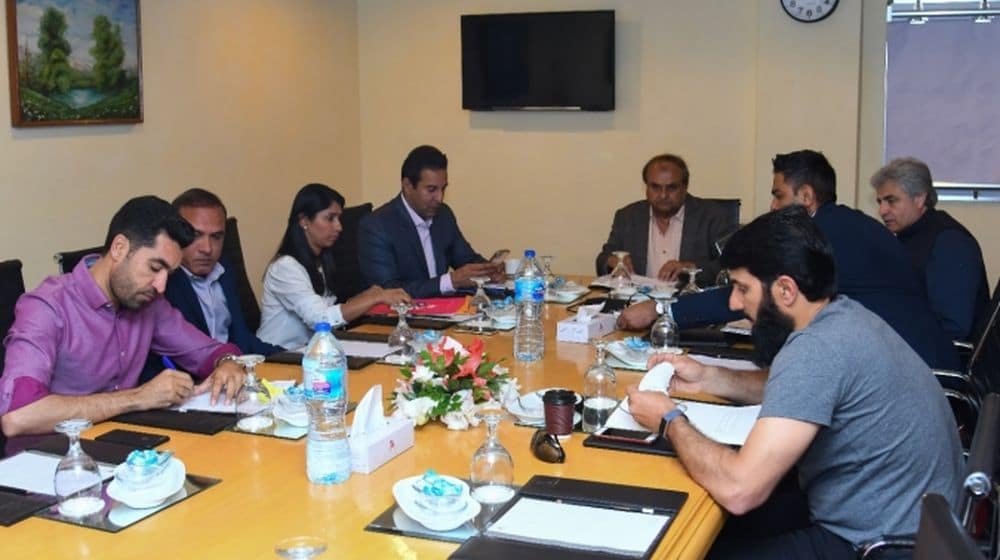 The cricket committee recommended the PCB should explore a window in the 2020-21 domestic cricket to slot in a tournament for the departments. In this relation, Director – Domestic cricket operations, Haroon Rashid, has been requested to look into the potential window in the next season and update the cricket committee at the next meeting, which is expected in April.

Haroon briefed the committee that the PCB has hosted 12 tournaments, comprising 190 matches, in the season to date. His presentation also included learnings, such as quality of practice facilities, food provision for players, player remunerations and standard of wickets, amongst other areas. The committee requested that updates on the areas for improvement be provided at the next meeting in April.

Here’s How MCC Players Spent Their Time in Pakistan [Pictures]

The cricket committee appreciated that the quality of cricket this season had vastly improved, which has also been acknowledged through player feedback.

There was a discussion on the appointment of the six Cricket Association coaches and the process that will be adopted for analyzing and assessing their performance. It was agreed that further investment in developing the knowledge, skills, and capabilities of the elite coaches was needed in order to adopt more modern practices.

PCB Chief Executive Wasim Khan briefed the committee that a more through fit for purpose and revised No Objection Certificate (NOC) policy for players had been developed. The committee supported the revised NOC policy while requesting that the PCB should fully and strictly follow it to ensure that Pakistan’s elite cricketers continue to give precedence to domestic tournaments above all else.

The committee had a healthy discussion with Misbah-ul-Haq, who appraised them on his selection policies, the performance of the side and forward planning. The cricket committee recommended more clarity around the selection process.

Misbah informed the committee that he had developed a nucleus of players, especially across Twenty20 cricket. The former captain added the HBL Pakistan Super League 2020 will help him give final shape to his pool of players for this year’s Asia Cup and ICC Men’s T20 World Cup.

Urooj Mumtaz, who is also head of women’s wing and chair of the national women’s selection committee, provided an overview and update on the progress women’s cricket have made in the past 12 months. She informed the committee about the ICC Women’s T20 World Cup, which will be held from 21 February to 8 March. Pakistan will play their opening match against the West Indies on 26 February in Canberra.

Urooj briefed the committee on the ICC’s decision to introduce the ICC Women’s U19 Cricket World Cup, which will help in identifying and developing young talent and nurturing them into world-class cricketers. The committee congratulated Urooj on the progress being made.