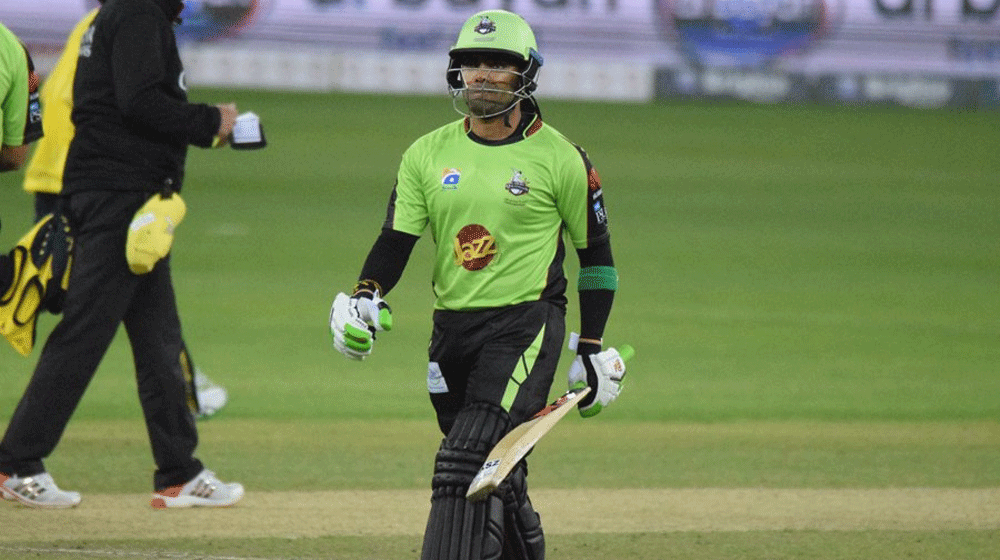 Umar Akmal has reportedly pleaded guilty of meeting a bookie ahead of the fifth edition of the Pakistan Super League (PSL). Umar was part of the Quetta Gladiators squad until Thursday morning when he was suspended under the Pakistan Cricket Board’s (PCB) anti-corruption code.

On the same day, he appeared before PCB’s Anti-Corruption Unit (ACU) in order to explain the matter. Initially refusing any wrongdoing, Akmal confessed to having been approached for a fixing offer after seeing the evidence against him.

Reportedly, he was shown his pictures with the alleged bookie, some call recordings and voice notes as well.

As per a noted sports journalist, the cricket board’s anti-corruption body had Umar and some other players under its watch for quite a long time. As the tournament approached, the board intercepted a thread of conversations between Umar and the alleged bookie for four days, before taking up the matter to Chairman PCB, Ehsan Mani.

Some journalists have also quoted the offered amount, stating that Umar Akmal was offered Rs. 50 million ahead of the first PSL match.

With his consent, the 29-year-old batsman was suspended from all cricket-related activities.

As per reports, the head coach of Quetta Gladiators, Moin Khan, and the owner of the Quetta team, Nadeem Omar, were also taken into confidence before the announcement.

It is pertinent to mention here that every national cricketer, under PCB and ICC’s anti-corruption code, is bound to report to the relevant authorities in case of any fixing approach. Something which Umar Akmal avoided for four consecutive days.

As per the reports, the ACU has also seized Akmal’s cellphone.

Since Quetta Gladiators had a chance to pick his replacement, they went with their trusted campaigner, Anwar Ali, as Akmal’s replacement. After having performed poorly for the Gladiators in the first four years, Anwar Ali was finally released from the squad ahead of the PSL drafts in November last year.