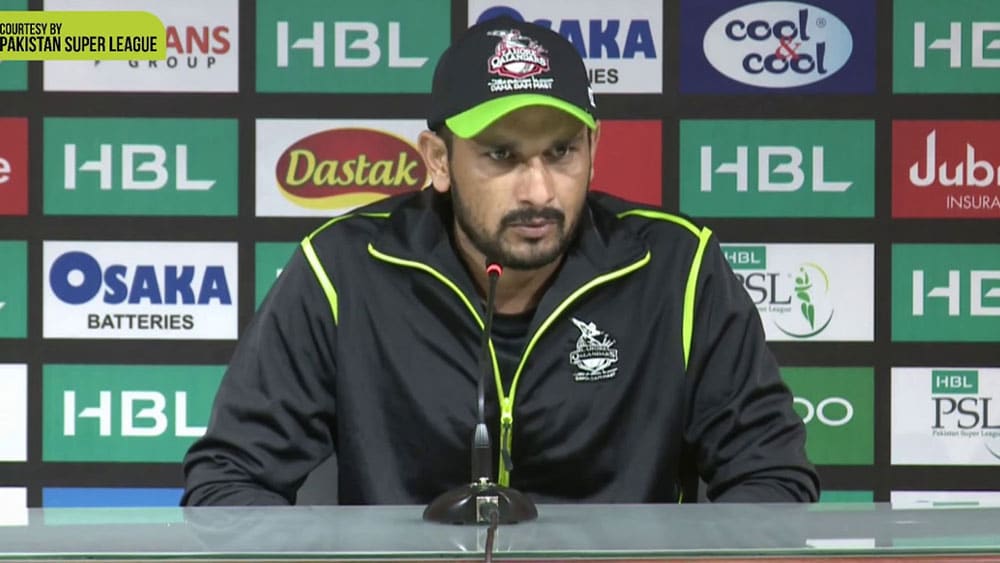 Lahore Qalandars’ skipper Sohail Akhtar has shown faith in his team despite losing the second consecutive game in the fifth edition of the Pakistan Super League (PSL).

Qalandars lost an easily winnable game to Islamabad United by one wicket in front of the home crowd on Sunday. While addressing to media during the post-match press conference, Akhtar said that his team has the best batting and bowling combination, and hoped to make a strong comeback in the upcoming games.

Match 7: Qalandars Lose Yet Again in a Dramatic Finish Against United

It is just a matter of one game. Once we are on the winning track, then I think that our team [Lahore Qalandars] is the best team of this tournament considering our batting and bowling line-up.

Akhtar believed all they need was a win to get back on the winning track.

We still have eight matches to go, so we will try to make a strong comeback.

Riding on Mohammad Hafeez’s unbeaten 98 off 57 balls, Qalandars set a sizeable total of 182 for six against Islamabad. Then they had a dream start with their bowling by removing both openers with just five runs on the board.

Despite being in control for most of the game, Qalandars lost by just one wicket, thanks to Usman Shinwar’s wavered spell. Even Shaheen Shah Afridi’s phenomenal spell of 4/18 in a high-scoring game, could not save the day.

Lahore Qalandars will hope to score their first win on Friday when they face mighty Peshawar Zalmi at Rawalpindi Cricket Stadium.

Here’s the PSL Schedule if you want to know about the next match.