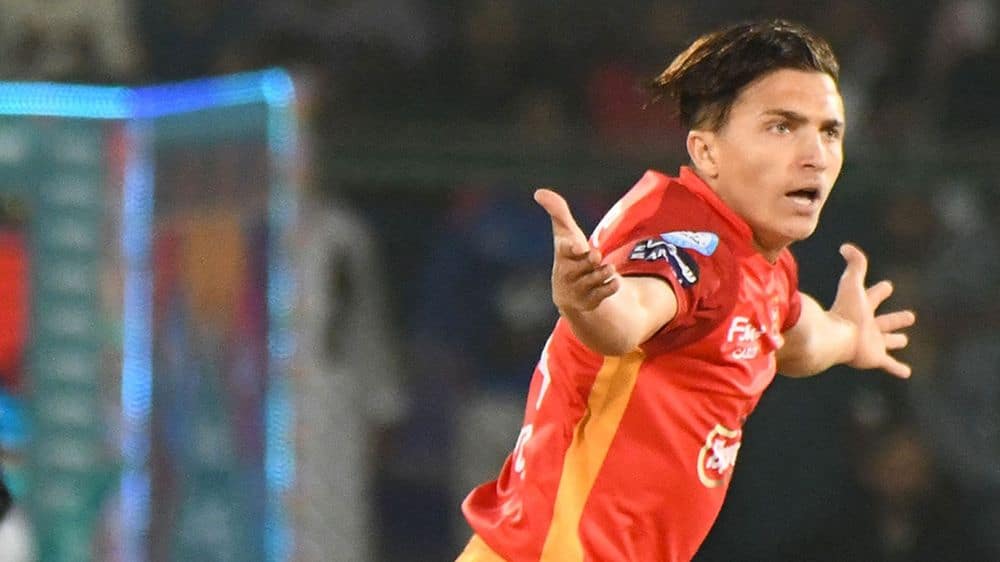 Aggressive batsman, Chris Lynn, fell pretty early in the innings after being put in to bat by United Captain, Shadab Khan. Qalandars needed their seniors to step up and so did Fakhar Zaman and Mohammad Hafeez as the duo added 67 for the second wicket before the left-handed opener went back to pavilion. He departed after scoring 33 from 26 balls.

Mohammad Hafeez played the role of an anchor all while ensuring a good flow of runs throughout the innings. Hafeez’s 98* from just 57 balls, along with a cameo from David Wiese helped Qalandars post a strong total of 182/6.

Shadab Khan was the pick of the bowlers, taking two wickets for just 14 runs from him 4 overs. Faheem Ashraf also picked up two key wickets.

It was a match that had everything. Shadab Khan walked out to bat at number four and smashed his first PSL half-century to give his team a chance of winning the match.

Just when it looked like the match was slipping away from United, Colin Ingram launched Samit Patel for 21 runs in an over to make the equation slightly easier. However, it was an unlikely hero for United who won the match for his team. Needing 20 with just one wicket remaining, Muhammad Musa looked like a proper batsman and handled the pressure like a pro.

His 17* would be a score he would remember for a long time having led his team to victory by 1 wicket.

Gaddafi Stadium will host the second match of the day i.e. Lahore Qalandars vs Islamabad United. After this match, there will be a two-day break and the action will move to Multan and Rawalpindi.

Islamabad United’s thumping win against Multan Sultans on Saturday has introduced them in the league as a team to beat and they will be hoping to live up to the expectations of their fans. Lahore Qalandars will have plenty to prove as they deal with the same old problems.

Lahore has won only 2 out of the 8 matches played between the two sides. Islamabad United will be looking to extend their lead against the Qalandars.

Lahore Qalandars:
Haris Rauf has been a revelation at the Big Bash League this year. He was among the top wicket-takers despite playing fewer matches compared to others on the list. Based on his performances, Rauf got a call-up to the national side and he will be eager to prove his worth for Qalandars.

Islamabad’s top 4, Luke Ronchi, Colin Munro, Dawid Malan, and Colin Ingram, are as good as any and if they fire, they will be a hard team to stop.