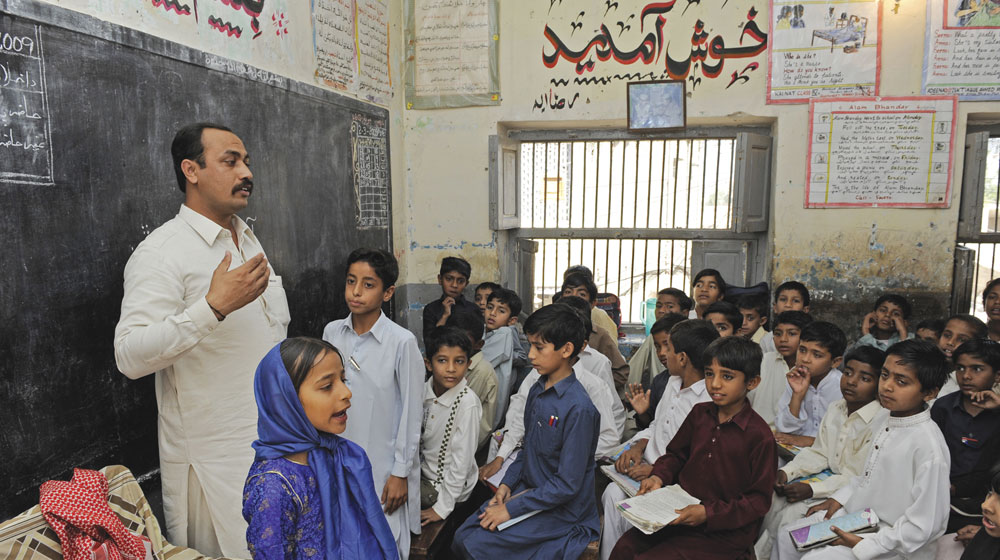 Balochistan government has suspended all educational activities in the province for three weeks amid coronavirus threats. The step was taken after two patients tested positive in Sindh and Islamabad, making Pakistan the latest victim of the deadly virus.

A notification from the provincial education department announced that all public and private schools, colleges, madrassahs will remain closed until March 15. The decision was taken to ensure the safety of the children from the virus, it said. 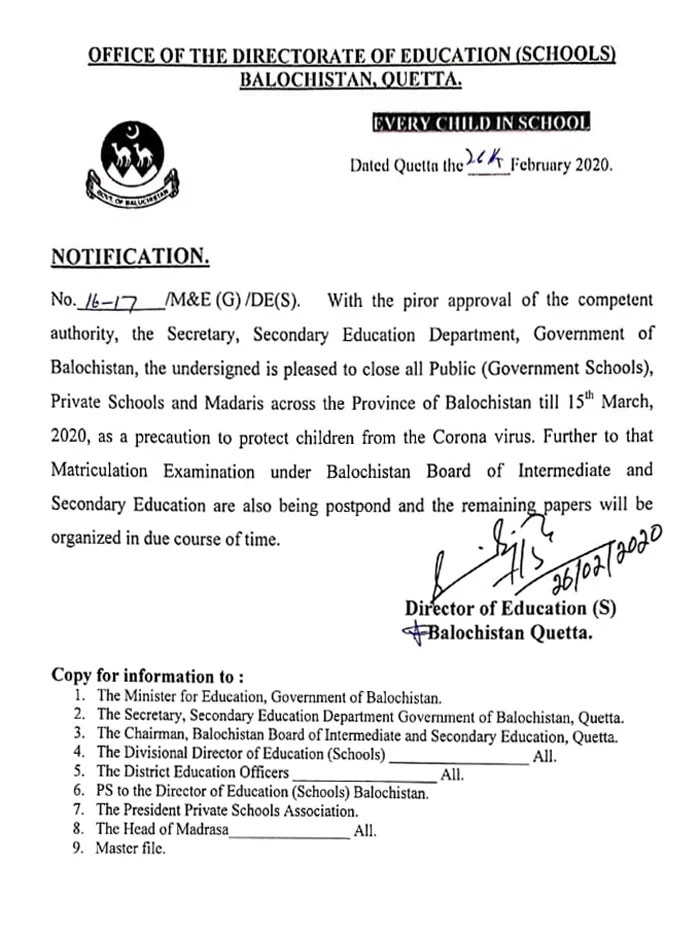 Matric exams in the province have also been postponed until further orders.

Matriculation Examination under Balochistan Board of Intermediate and Secondary Education have also being postponed and the remaining papers will be organized in due course of time.

The provincial education minister released a video message late on Wednesday, explaining the necessity of this decision.

The ongoing examinations of Grade 9 and Matriculation are also suspended. We want to keep our children safe. This step has only been taken as a safety measure and no one needs to panic.

Moreover, the Sindh Education Minister, Saeed Ghani, also announced to keep schools closed on February 27 and 28 across the province.

Sindh Govt has decided to close all the schools of province for Thursday & Friday (27th & 28th Feb).@BBhuttoZardari @MuradAliShahPPP

However, despite the government orders, several private schools and colleges in Karachi remained open today.